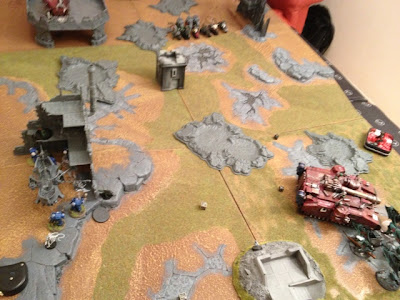 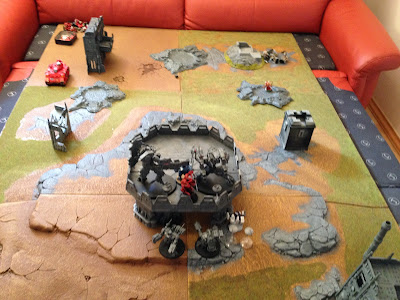 Just a quick update on what I built about a week ago now. First of all I got inspired to try and make a baron conversion. All he needs is a greenstuff cloak and I might kitbash his weapon to make it more menacing.  I quite like the bat-like look of his skyboard. It's a conversion based on a mix of a hellion skyboard, a reaver jetbike spare part and lots of spikey bits. I need to tidy up some of the joints though as they're a bit messy at the moment. 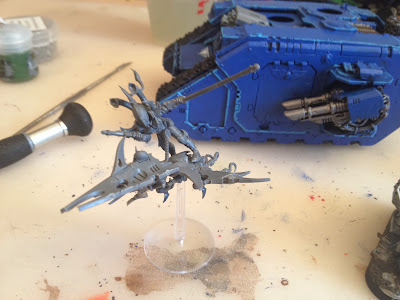 I also dug up an old captain and biker sergeant that Paul made probably about 5-6 years ago now. I swapped their backpacks, gave him a shield, cleaned him up and magnetised a powerfist so he can eventually get a thunderhammer/burning blade if I feel like it at some point. Also in the background is my old landraider which I continued fixing, this time by removing the assault cannons which shouldn't be there by tearing them off. I found some heavy bolters which were meant to be predator side sponsons and tried them but they look a little chunky so we'll see. In any case it's not crucial anymore since I'm not going to a 750pts tournament as planned for which I would have needed to have gotten this done. 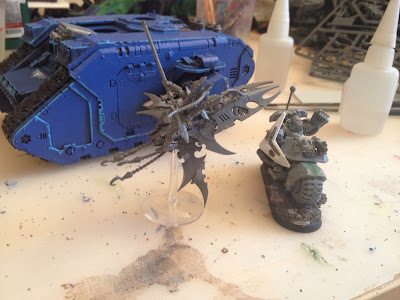 Hi guys, Paul speaking. Long time no see yo. Basically the latest thing I've been up to is getting these Vargeists to use as Daemon prince stand ins upon my brother's suggestion. I actually really like them, they're way more awesome and detailed than the normal dps. 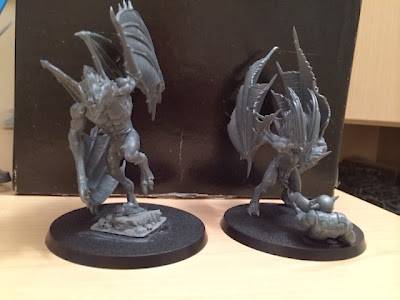 Also I finally got a chance to play the flying circus at a recent tournament with be'lakor, fate and 2 dps alongside a bunch of plagues making up my 1500 points. Was a lot of fun but unfortunately I got a dickhead of an opponent in game 1 who attempted to claim that buildings in 40k can't be more than 3 storeys high and in the last game there was a crap table house rule that meant that psychic tests peril on any doubles which meant that all my dps effectively committed suicide. 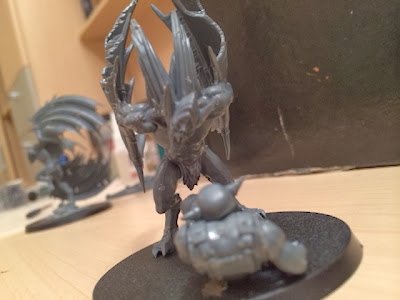 I probably should really start posting on here more often or I'll get in all sorts of trouble...


I'm going to eat you, you foul creature 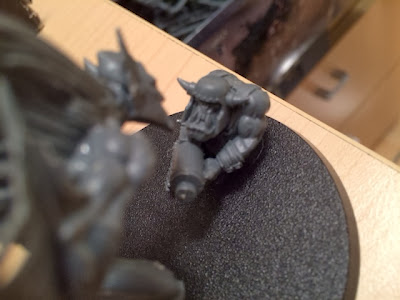 Also here's a video of game 2 from the tournament I mentioned.