Sorry I have been very busy lately but I do have a couple of posts to put up included a kind of batrep with a little surprise, an army list and Ilya may have something for you too. I shall be spreading the stuff I have to post over the next month or so until I can get back to the hobby properly in about october which is when these dudes and the surprise will get some work done on them.

For now here is a picture of the sanguard so far in the display case. The middle one is almost finished - just the eyes and scrolls needed to be done - those wings take an awfully long time especially since they were already stuck on before I started painting. For those interested in how I did the wings it was black base, codex grey leaving a little black, fortress grey leaving a little codex (or trying to) and then highlight skull white with a really cool tiny brush I got. 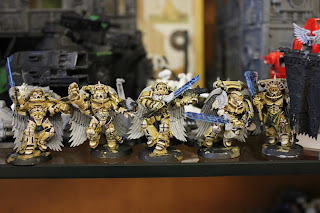 See you next time :) 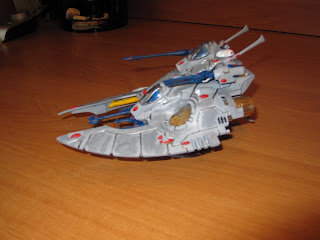 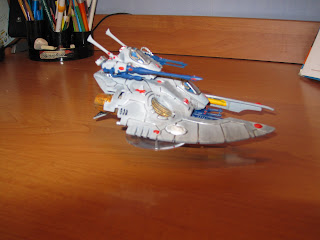 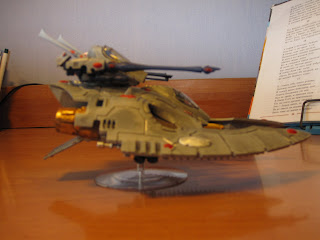 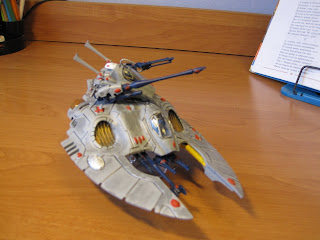 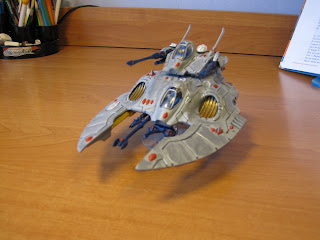