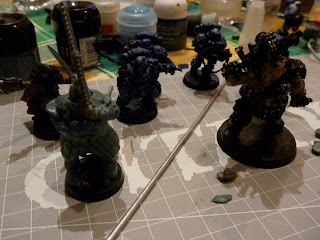 First of an apology in advance for the bad camera photos... (and since ron has banned as from apologising about something else, I won't ;) )
SO we have some more battle reports in the works of being written up for you, but here's a little break from that. Over the last two days I have been sculpting a little in between battles, having been inspired by Ailaros, who has already been mentioned on this blog. :) 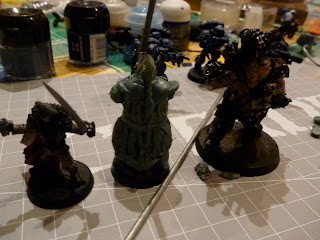 In the end it didn't turn out too bad, although there is a LOT of room for improvement :(, still I somehow like the chinese warrior monk (maybe punk?) look... :) 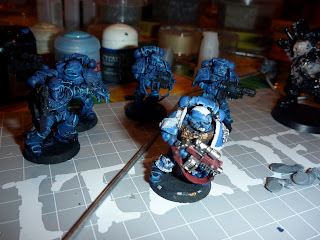 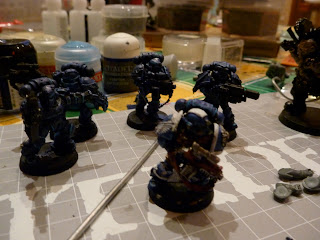 I may be making a little conscription poster with him on the front and the words "AAAARGH!!!" or even more dramatically "You're either with us or AGAINST US!!!". Also keep voting on the poll and some of you may have noticed a little bar on the bottom with each week's popular posts - it's been there a little while now, I just haven't mentioned it... 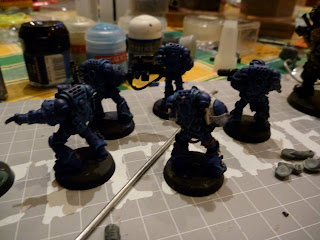 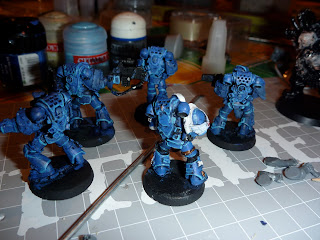 I have also been working on my vendetta (base) and my sternguard (the one from the tutorial included - I was stupid about highlighting back when I did that! ). Till the next batrep. 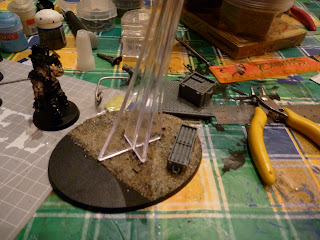