Ilya and I played a game. The mission was Annihilation and the deployment was Table quarters. To look at my army click here.
Ilya's army was roughly this: 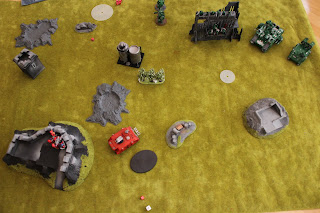 I deployed only my storm raven, razorback and devastators. Then Ilya deployed all of his troops except for his terminators, swarming the ruins in his part of the table with his infantry, also trying to hide a combat squad in the darkest part of the ruin 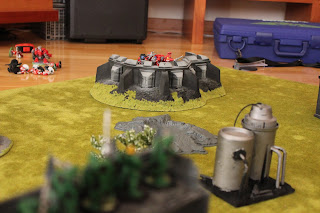 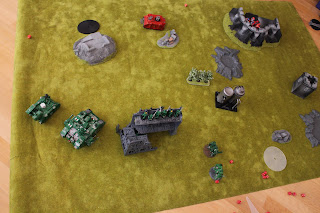 I got first turn. My storm raven turbo-boosted to get behind the small bunker. My razorback drove forward towards in the same direction as the stormraven. My stormraven used the Power of the Machine Spirit and shot the typhoon missile launcher at the whirlwind, immobilising it. The razorback managed to kill some devastators and my devastators also killed one. 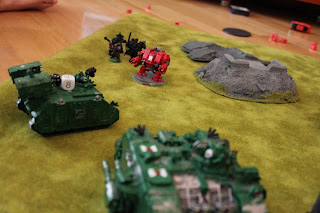 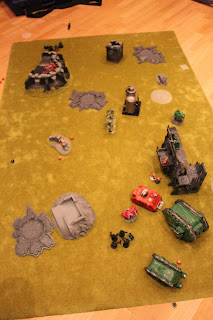 Ilya forced his dreadnoughts lumber forward towards my devastators. Everyone who he shot with failed except for his land raider that managed to explode my stormraven. 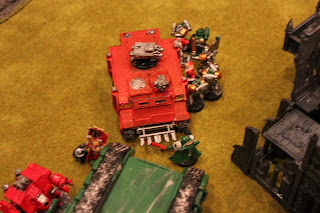 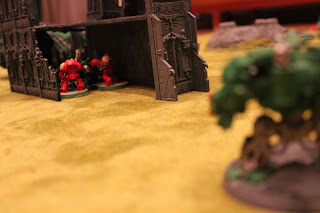 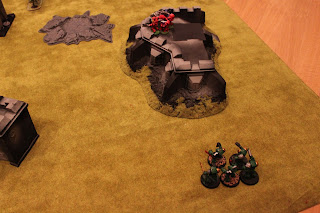 My death company Tycho, dreadnought and squad had to move towards the whirlwind. My terminators landed near Ilya's dreadnoughts. The razorback moved towards the ruins. The rest of the devastators were killed. One of the dreadnoughts were destroyed. The whirlwind exploded. The land raider was wrecked by the dreadnought. A few of the scouts were shot down. My terminators killed the combat squad hiding in the ruins. My razorback turbo-rammed his captain and killed him. The squad sitting in the land raider killed in close combat. Only Ilya's terminators, part of his scout squad and dreadnought were left. 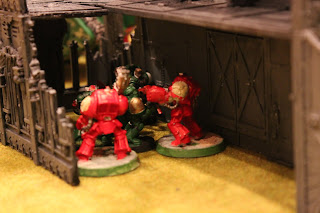 Ilya killed most of my scouts and terminators. The razorback was shot at and shaken. His terminators landed next to my devastators. He didn't do much more except for killing a few scouts, before he gave up at the end of the fifth turn. 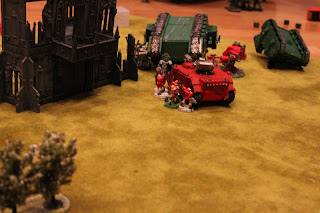 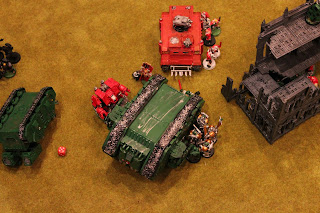 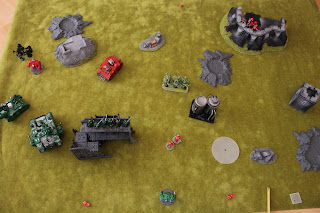 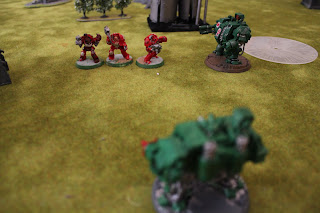