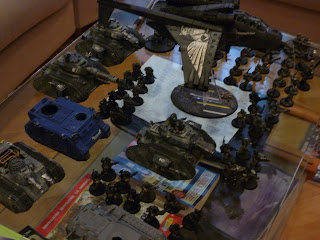 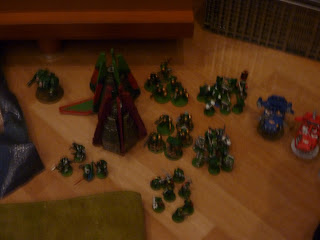 We originally rolled for capture and control, spearhead but then decided to roll again cos we couldn't come to an agreement about another mission... Plan? He had rolled for turn 1 and to pick his side, and having deployed his scouts as far forward as possible (after some belated repositioning) and his command squad with captain in the corner, so I was left with 2 choices.

Choice 1: Refuse flank - probably in the bigger bunker on my half with my platoon starting in there... the problems with this were that he had deployed so far forward that I wouldn't have enough space to deploy my whole blob... and also most of his army was deepstriking so it would be kind of useless... 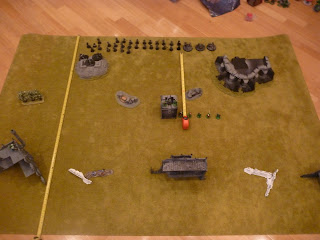 So I went with choice 2, deploying centrally with lots of avenues of fire, out in the open and with some space for tanks to rumble on behind, with CCS nearby and HWS in the smaller bunker. Vendetta with pcs inside outflanked and the rest would come in turn 1. 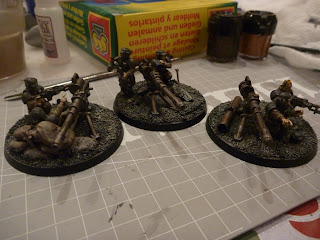 Quick update - made progress on chimera, magnetised the dozer blade that goes on the bottom, in stupidity forgot to magnetise the hull mounted guns, but they seem to fit in well even without glue... Sort of stuck on the main gun cos i only have magnets that are way too small or way too big... (6mm diameter and 1mm diameter). 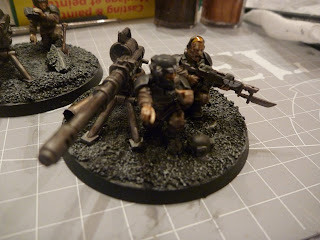 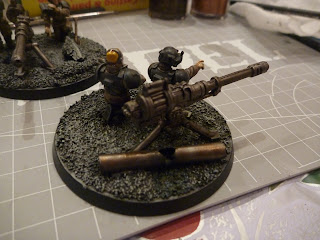 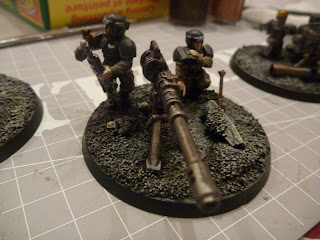 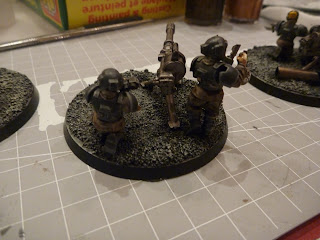 Onto these guys, photos arent great but these were the best I could get with said camera. Should have battle reports next week. Rest of the army is soon to hit the production line - these were the testing if you like... 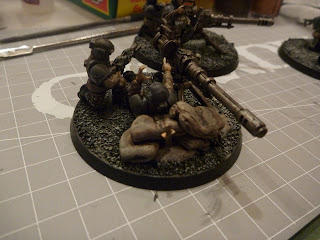 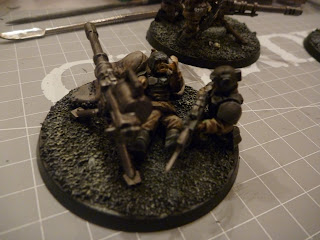 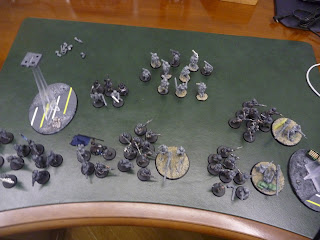 Company Command Squad with 2x plasmagun, plasma pistol, power sword, vox and medipack
Veterans 3x melta gun, demolitions, chimera
Veterans 3x plasma gun and power sword, grenadiers, chimera
PCS with 4x flamer (ride in vendetta)
IS with autocannon, nade launcher (vox) and commissar with power sword and plasma pistol
IS with autocannon, nade launcher (vox)
IS with autocannon, nade launcher (vox) can be replaced with a normal guardsman
Heavy weapon squad with missile launchers
Vendetta
Hellhound
Leman Russ Vanquisher with lascannon
Leman Russ Executioner with plasma sponsons
Leman Russ Eradicator
Unfortunately this would bring me 5 pts over - but I have already made the guys with vox casters - not sure whether I should rip them off - but then I dont know what to spend 15 pts on. SO now I will just take away one of the voxes. and be bang on 1750.


Been working hard at the guardsmen - some gs sculpting for gas masks to make normal dudes look like the kasrkin + some messing around with an existing kasrkin to give him plasma... Also magnetised both arms on company officer and sergeant of the meltavets, also one arm magnetised on a sergeant in the platoon. For those of you who don't know, the bases are going to be like the one's on the valks. 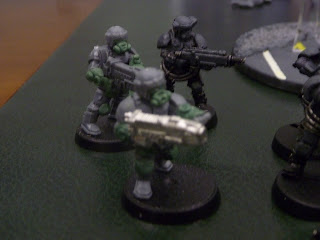 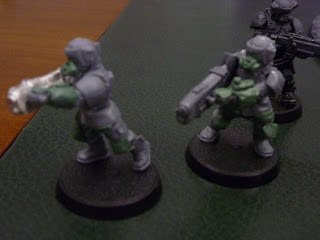 So I picked it up, not because everyone else had great comments about it and I was expecting something amazing - but because I wanted to see what they could come up with.

I'll start with the story. It was not bad, if a little dull. I disagree that the Space Marines say "And they shall know no fear" TOO many times, but it was borderline on that. The graphics were basically crap - something you'd see on Cod 6/7 , rather than a movie. Too many ash-waste colours throughout as well and definitely too much time walking through desert.

The parts with action were generally unimaginative, mostly with chaos space marines charging at the ultramarines who stood and shot them... Towards the end, the daemon was animated in a very strange way imo, but I guess my idea of daemons and how they move is different to the guys who made the movie. However I completely disagree in making the daemon prince connected to Balrog, with the pillars, falling from height while locked in combat with the captain, etc... I'M ALIVE!!! Been very busy lately, was even planning to go to a tourny but that won't work out anymore. Anyway, should be a lot of stuff happening here over the next few weeks. To start off I've converted up some veterans and made some interchangeable heavy weapons. Old camera so pics unfortunately are awful... I'll get better ones after this stuff is painted.