Magnetising a rhino/razorback without magnets AND only using 1 Kit! 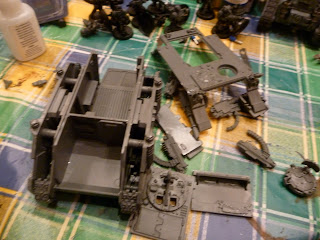 Top tip this week from me is instead of getting rhinos and razorbacks is just getting the razorbacks but building them so they could be both! Right, for people with fully planned out meched up lists this isn't gonna work probably, but for people like me, who have a footslogging/drop podding space marine army this should be useful. 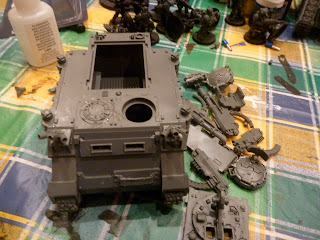 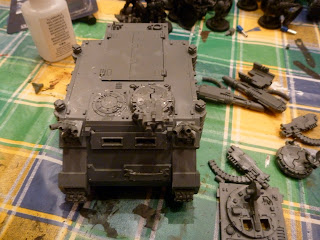 So here is how I did it with my own razorback/rhino. And note that the guns are interchangeable too and that I can still paint the inside and all the details even though it is completely finished.

FIrst up, you need to assemble the basic structure following the instructions until you need to put the roof on - I left it off because I was gonna paint the inside later but you could stop here for a quick lick of paint and glue it on. Whatever suits you. Then I assembled two interchangeable gun hatches, for me I made one with a storm bolter and one without (need to be able to take off that storm bolter if running over points!). 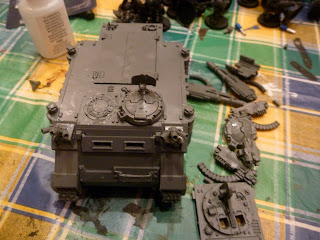 The big hatch/gun station I actually didn't glue at all, same with the guns. They are held perfectly well if you just put them on.

In the side pictures you can see all the various way you can make it. 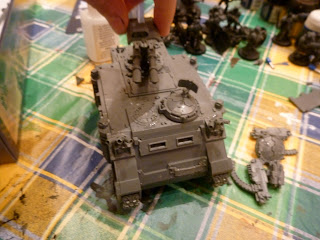 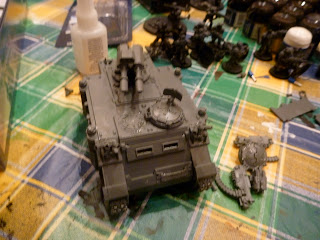 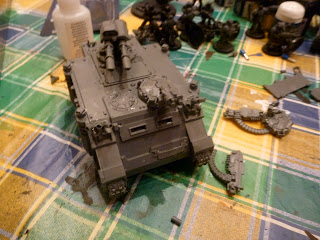 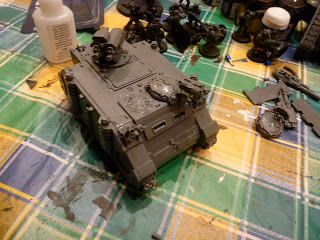 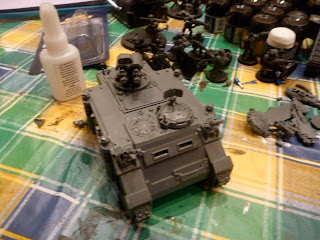 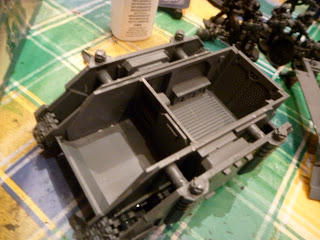 To wrap up here's a pic of the various sub-assemblies. 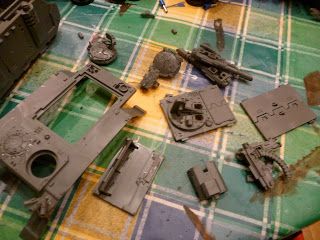 And if you would like to see the finished product and more tips follow this link.
Posted by DimmyK