Not quite sure if this list is right but here it is as far as I can remember:

As for me I was using a slight variation of my standard guard, without details here goes(may have missed smthg: 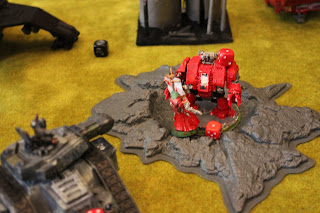 Game ended 7-5 to BA... I feel that I have a good list that's not too cheesy but this game I don't feel that I can blame it fully on dice - even though Paul did say that I had a LOT of very unlucky moments. Like the vanquisher which missed all but one shot during the whole game. I like this list and I am not really sure what I could have done more to win this one... :S Leaves me perplexxed... Paul also said one important thing that the blob helped him take on my army as he could just assault the main element. Hmm... that did not happen in the game against artemy though... which will be posted later. Still 7-5 is pretty close and I probably could have mopped up a little with all my tanks left vs all his footsloggers.
Posted by DimmyK