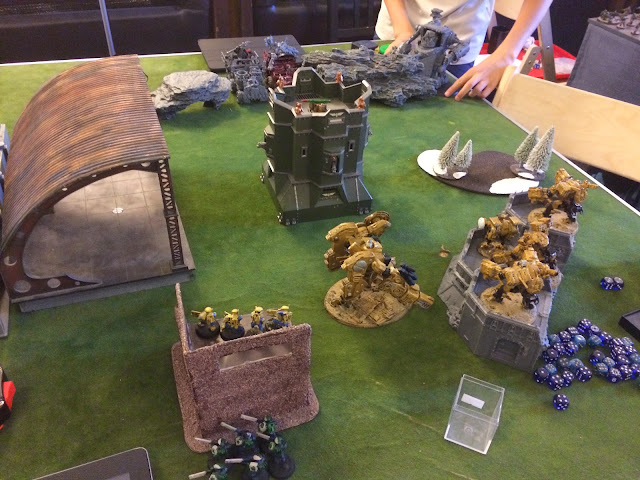 Riptide springs forward and puts the hurt on the truck with the burnas and meks, finishes it off in the assault phase. Broadsides take down the trukk carrying the flash gits. Morkanaut is largely ignored for now. 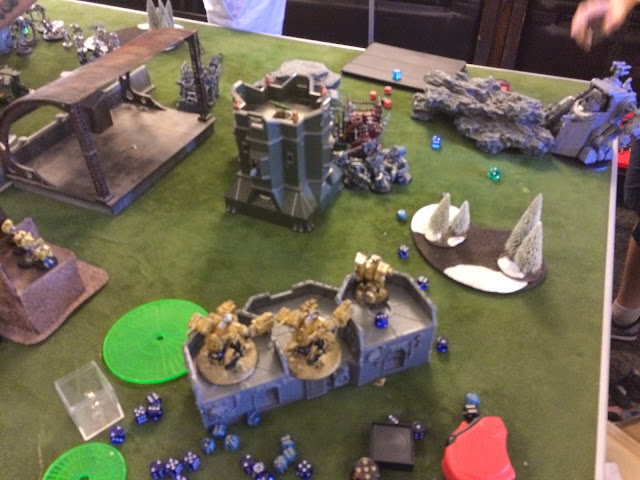 Flash gits climb up and claim the relic, but their shooting bounces off the tau commander. Riptide takes a couple of wounds from shooting and a charge but wins combat and we stick. It sticks around for a couple of turns till about turn 4 when it is finally brought down by the fleeing weirdboy who casts a psychic power on it and I fail my toughness test on a 6. Flash gits get annihilated by two squads of marker lighted firewarriors. Broadsides wreck the other truck. 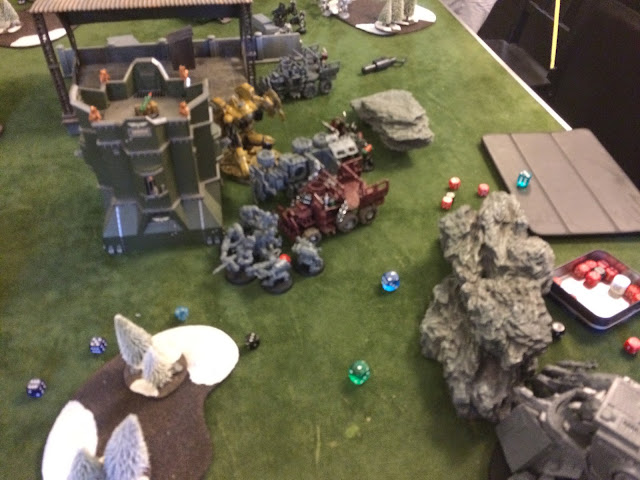 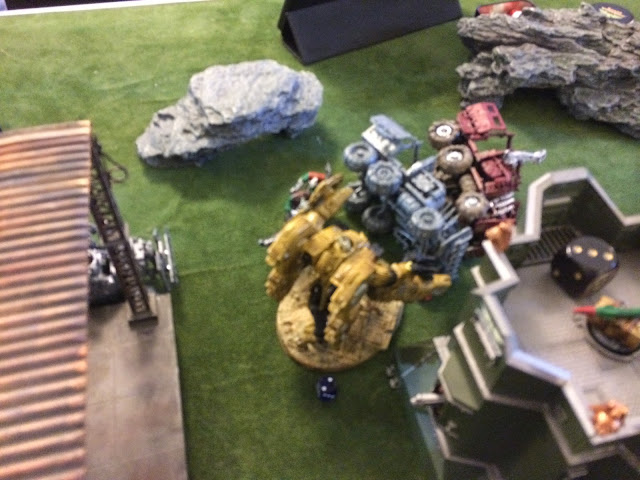 My kroot and crisis suits eventually come in. The suits don't scatter and the fusion blaster wrecks the morkanaut since I've already gotten a couple of glances on it from the broads. Orks make a last turn objective grab but are wiped off the table as they are surrounded and met with accurate tau shooting. 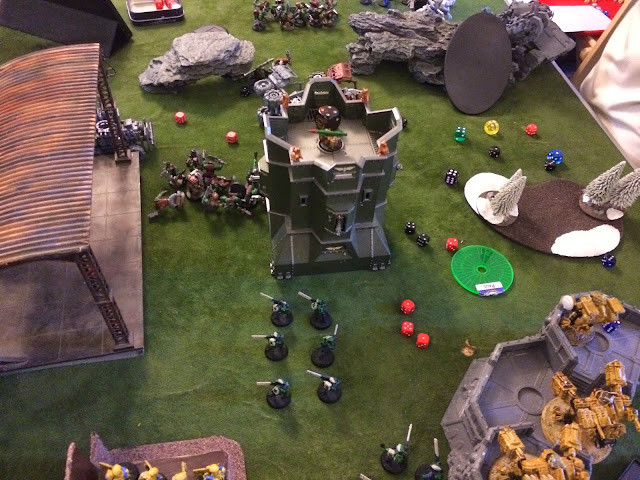 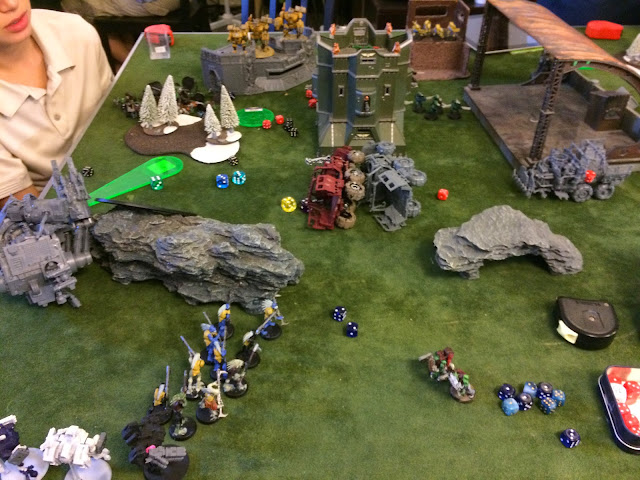 Final chance for glory is when two orks remain on turn 5 and charge but get caught by overwatch... 20-0 massacre victory helps ping me up to 3rd last with my only points of the tournament. Hopefully Paul will write up a couple of reports about his orks too. Was quite sad that I had to be ruthless in my last game, but I did kind of need the points to save myself some embarrassment - sorry Paul. There some points during this game when I was starting to realise that this could end as a wipeout and probably should have let a couple of orks live.

I think his main mistake was getting stuck in the mid-table and in particular not being more aggressive with the morkanaut, as my firepower would've been useless if even a couple of orks made it into close combat with my lines and especially my broadsides. Instead he tried to outshoot the tau which was never really going to end well...

Despite the disappointing results, it was good practice for me to use my tau and I learnt a couple of important things. Was struck by the fact that after the 750 pt one no one had increased the number of meltas they had in their list, and if anything the 1000 pt lists would have been even less able to deal with two land raiders than the ones at 750. Guess that gives you a hint about what's coming up next.
Posted by DimmyK