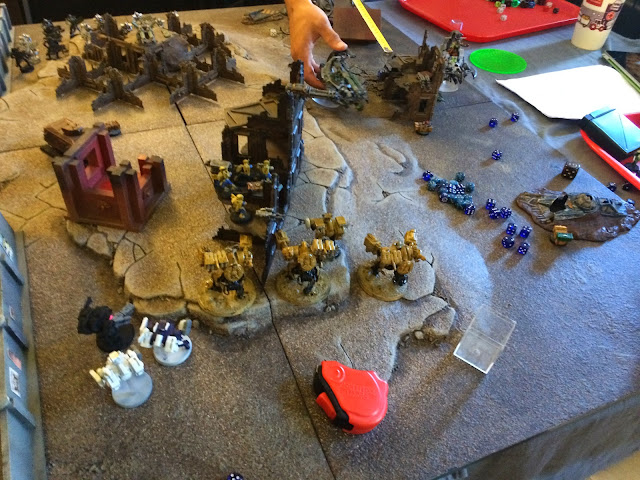 Opponents turn, everything comes forwards, shooting does nothing. Turn 2 for me and both squads of firewarriors turn up and prepare to take shots at The barge lord. Kroot come I. From outflank in the top left and the riptide turns on it's ripple fire I think. I do not know at this stage that my opponent can choose who I am targeting for his chariot and so am now in charge range for the wraiths. I finish off his barge in shooting, do a wound or two to the barge lord and kills some immortals. (Think they got back up.) 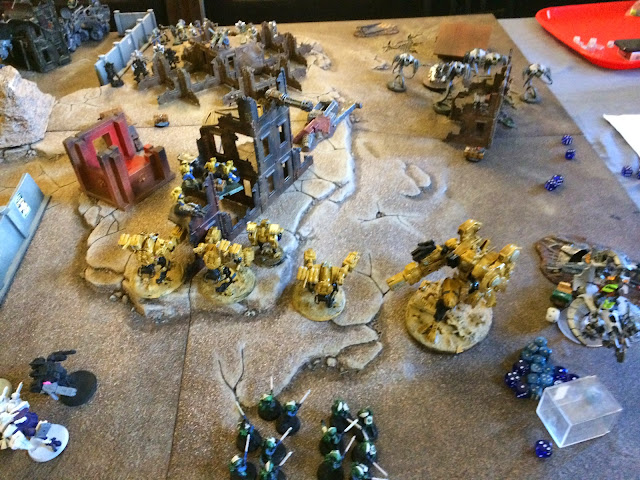 In response wraiths kill my riptide, but overwatch and supporting fire gets his necron lord and a couple of wraiths. Kroot are reduced to a man (beast?) who passes his leadership test. Things don't actually look too bad and I spend a couple of turns locked in combat with his wraiths and d-lord. I also finish off a squad of immortals. 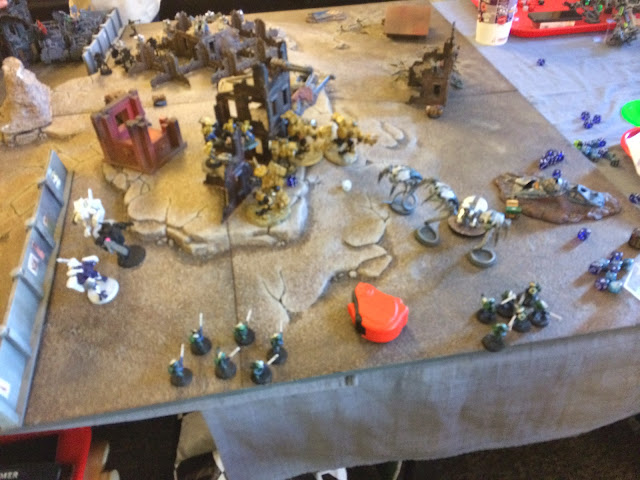 Game comes down to turn 5 where we are tied with an objective each. I have a squad of fire warriors and a the crisis suits. He has 6 immortals, a wraith with one wound, the d-lord with a wound. Game goes to turn 6. I choose to shoot The Lord as he is closer to my objective with the firewarriors, hoping that that will tie me the game, forgetting that wraiths do not get to stand back up. I do manage to kill him but he stands back up and wipes my fire warriors. Wraith wipes my crisis suits. 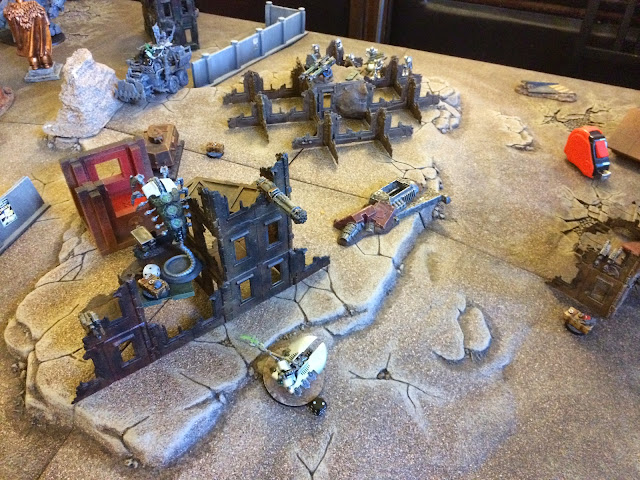 20-0 wipeout win for my opponent, and quite frustrating for me. Silly mistake at the beginning especially with the riptide and then a bit of bad luck at the end. Got 770 pts of his army killed but no tournament points to show for it. Oh well, down to the rock bottom for game 3.
Posted by DimmyK