I rolled on strategic traits and got outflank on my warlord. Night was on turn 1 and I won the roll off to deploy first. Objective placement was kept in my deployment zone near terrain in the open in order to be able to claim with both land raiders or troops with ease. 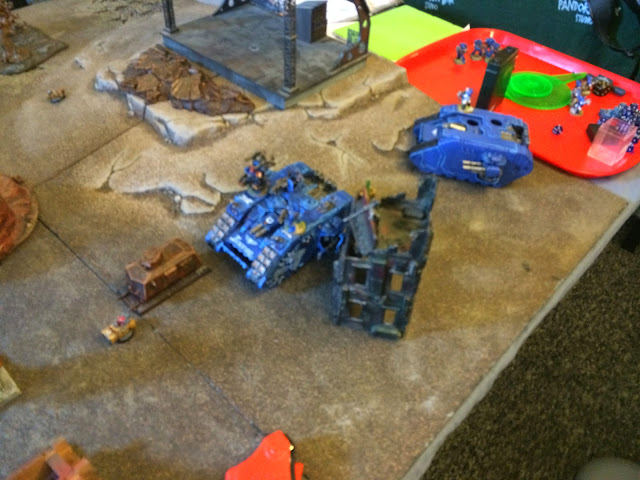 My opponent deployed quite far back, reserving the spiders and bikes. My turn 1 I moved up carefully staying out of melta range of the dragons and put everything into the falcon which jinked with 2+ cover due to night.

In response my opponent took off an hp off one raider and moved forwards aggressively with the falcon. Serpent hangs back in cover.

I make a slight mistake here as I drive up, get out with my tacticals and master, fire everything into the falcon, do jack shit, then assault it and blow it up. Probably should have shot the serpent since I was gauranteed to kill it anyway. One dragon dies in the explosion, but no marines. Hp gets repaired through IWND. I don't pick up on my opponent not testing for pinning. 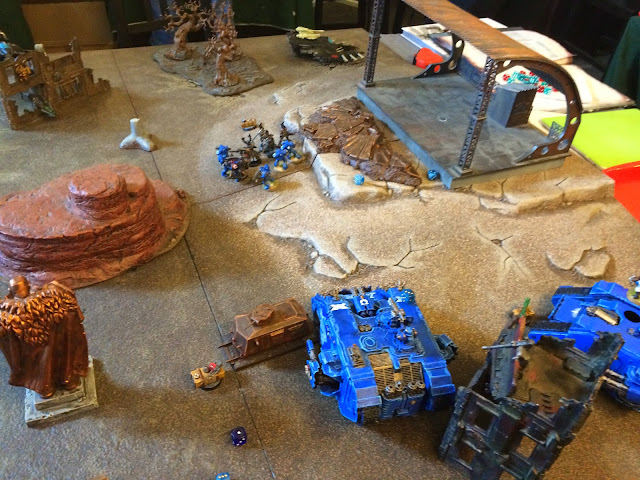 Fire dragons and Farseer charge into my guys, we exchange wounds over the next couple of turns. Ends up with all mine dead and a 2 dragons and the Farseer left standing. They consolidate backwards to try and lure my land raiders forwards. Jetbikes come on, lose on of their number and flee to the table edge but not quite off the board. I move up and kill the dragons. I also kill 4 warp spiders as they come in from the reserve. The other two die by jumping into dangerous terrain. 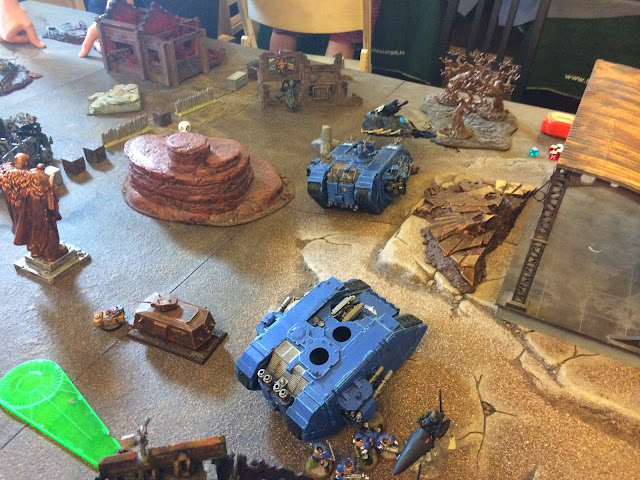 We get to turn 5 where my opponent eggs his avengers out to claim an objective, serpent steals the one my redeemer was holding and bikes contest the one the scouts have. I desperately need the game to go on and it does. 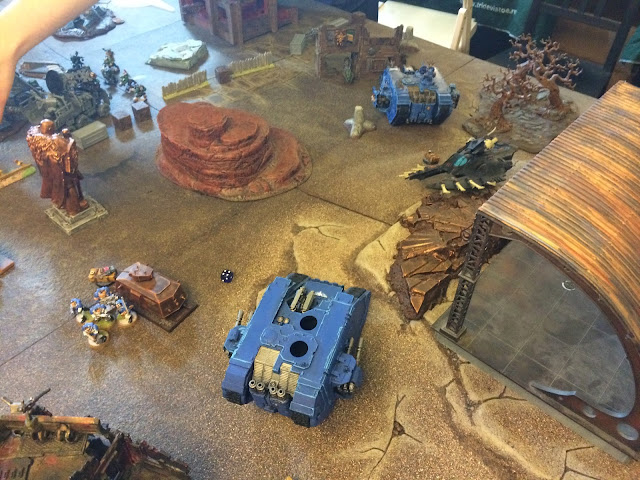 Comes down to turn 7 by which point he only has an immobilised serpent claiming an objective (mistake, immobilised can't claim??) I claim two as I stupidly assumed my redeemer was in range and was actually half an inch out of the one in the ruibs.

Despite being a bit rusty and not having really read the rules it was still a good start heading into game two.
Posted by DimmyK