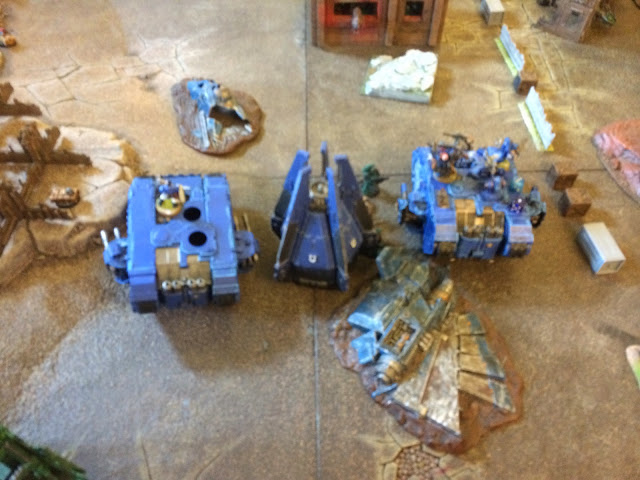 Some stuff shuffles round. Drop pod comes in. One melta hits, rolls a one for the result. One more hull point is taken off the redeemer through misc shooting. In return I disembark, shoot and charge the veterans. One sticks around so I get locked in combat. Redeemer repairs a hull point. 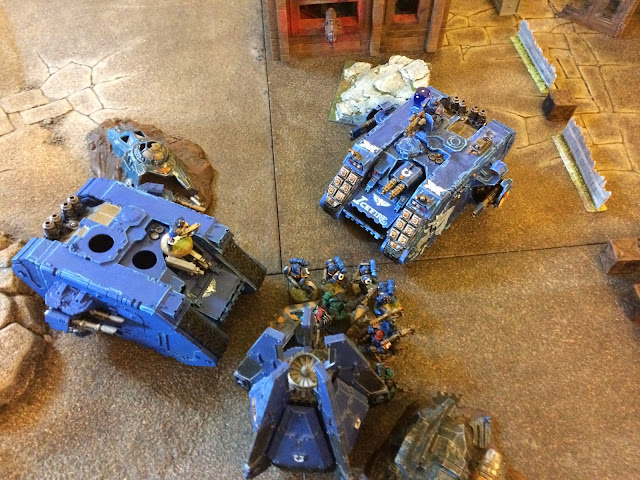 Storm talon comes in. Everyone shoots the redeemer but nothing happens. I win combat.

My turn 3 and I charge the drop pod and wreck it (should have assaulted his thunder fire probably). Redeemer kills his master of the forge and grills some tacticals. Other lr finished off the other squad of marines. Hp gets repaired. 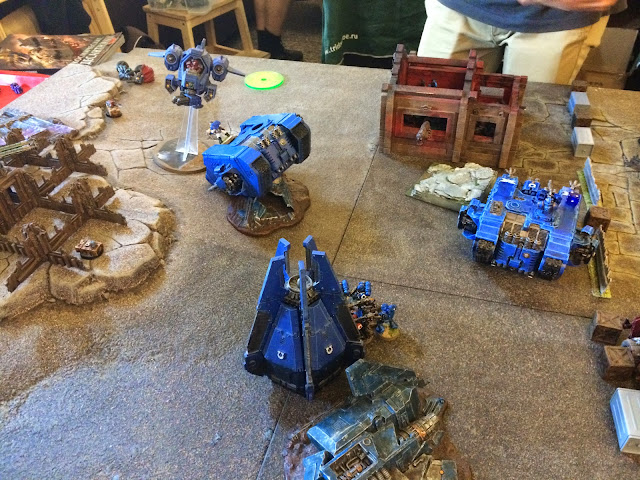 His turn 3 and combined wounds my master of the forge and leaves me with two marines.

T4. Scouts get out and claim an objective (perhaps prematurely). Lr gets an objective. Master of the forge and marines go back to my home objective. Land raider redeemer tank shocks his thunderbird but it passes leadership and moves out of the way. I finish off the other tactical squad and wound it through shooting. Plain raider and scouts miss the talon. 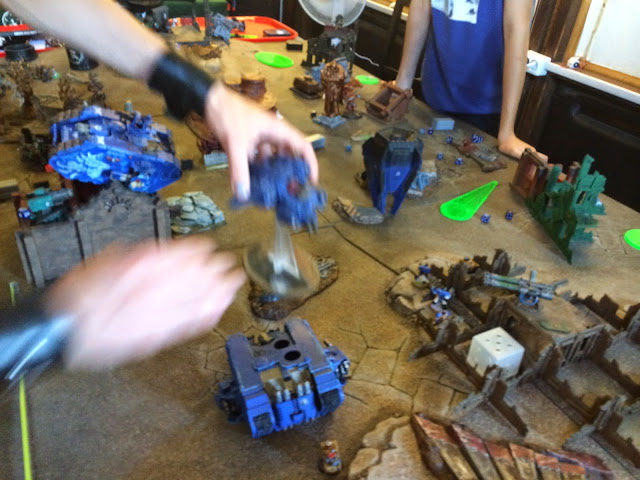 Game goes to t6. Thunderbire survives as does the talon. My master of the forge and scouts get killed. I hold one objective and have all three secondaries while my opponent has slay the warlord.

14-6 TPs in my favour and all looks promising going into game three. Stay tuned.
Posted by DimmyK