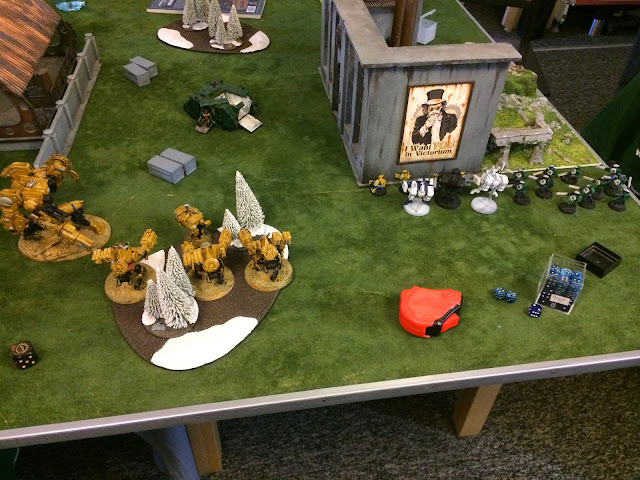 Opponent set up like so, with his warlord in reserve. Warlord trait gave him + 6" to hive mind stuff. Zoanthrope got some strength 10 lance power. He failed to seize and I took turn 1 trying to put blasts on or near the malanthrope in the hope of killing him and also getting started on the gaunts. 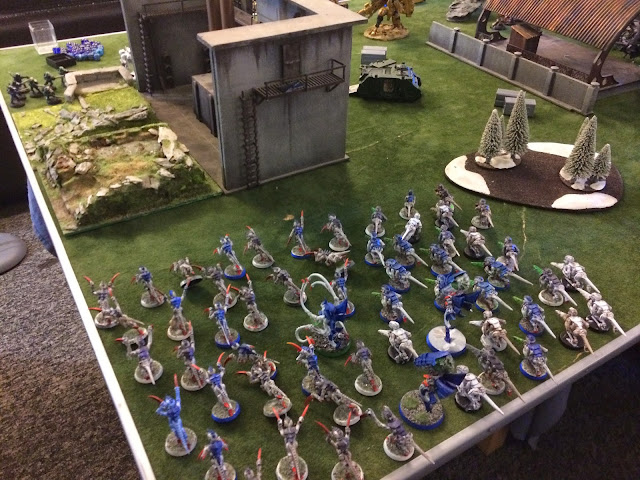 As you can see after some woeful rolling on my part I did not manage to kill him, but did however put a significant dent in the squad of gaunts, unfortunately exposing my crisis suits for no apparent reason to return firepower, having jumped up the ruin with my jet pack move... (Facepalm). 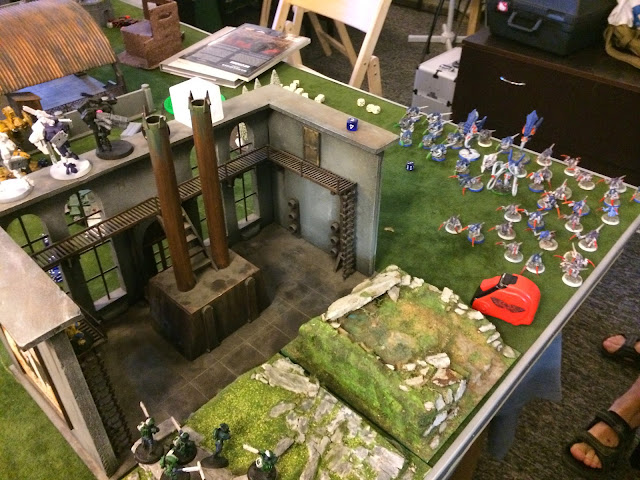 As you can see in the picture below my opponent swiftly takes advantage of this and kills the whole unit with lances follows my poison shots from the gaunts. My kroot outflank and come in to kill his malanthrope. Riptide kills the zoanthrope. More gaunts die to broadsides, on,y about 4 left. Firewarriors kill some of the bugs from the other big squad. Either this turn or the next my riptide charges the remaining gaunts I'm the hope of avoiding shooting from his tyrant and in the belief that they can't do jack to me. 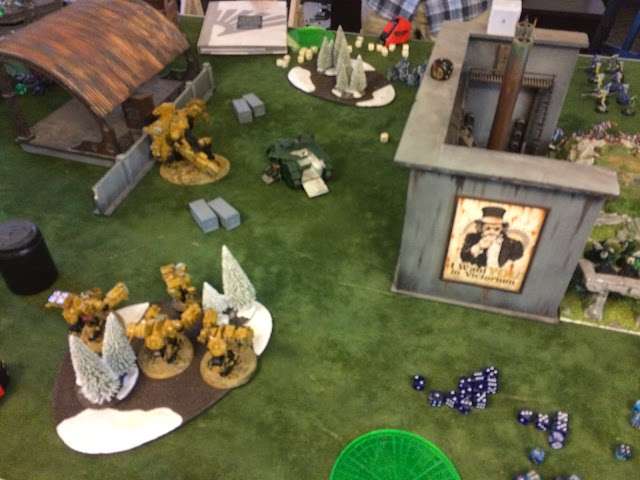 Mawloc and tyrant come in. Mawloc burrows under my broadsides doing three wounds to my commander and killing a whole suit even with my invulns Fnp etc... Hive tyrant kills a couple of firewarriors, kroot get assaulted and rolled over. Riptide whiffs combat, broadsides whiff intercepting the Mawloc. 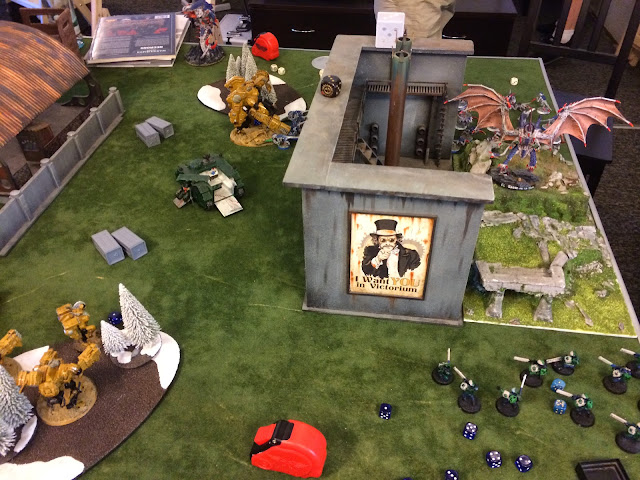 Eventually riptide gets caught by the crowd of termagants while still locked with the previous unit and does horribly to poisoned attacks. Tyrant shoots the broadsides, kills the commander and the remaining two turn tail and flee off the board edge. It's then a matter of 8 firewarriors and 4 pathfinders who keep retreating vs an angry wounded tyrant, a Mawloc and 30 termagants. They catch and assault me on turn 5 to finish me off, resulting in a 20-0 loss and quite a few mistakes for me to learn from. Next match could only get easier right?
Posted by DimmyK