Into the breach Game 2

Having won 20-0 first round, I knew I would be in for some tough opposition in the second one. As predicted, this game was against a member of the Russian ETC team, Wonden, and his tau. His list looked very good and I'll probably be stealing parts of it in the future hehe.

Farsight
Shadowsun
Farsight bomb with lots of missiles, plasma, fusion blasters and a guy with multi-sensor spectrum suite and command and control node as well as PEN chip in there somewhere and lots of marker drones
Riptide, ion accelerator and fusion blaster
3x 6 firewarriors
6(?) pathfinders
2x 3 broadsides with missiles 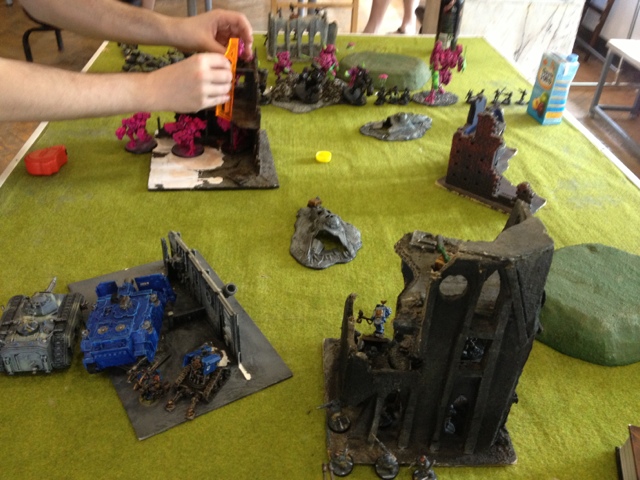 My list can be found here. Mission was big guns with 4 markers and hammer and anvil deployment. We ended up with objectives being placed with 1 on each end and 2 in the middle closer to me. He set up first placing his firewarriors on the ruin with the objective. One squad of broadsides in front with the farsight bomb behind them and pathfinders and other firewarriors in front of that in cover. Shadowsun and the other squad of broadsides where infiltrating and the scouts were in reserve. SM Libby was with farsight and the suits. 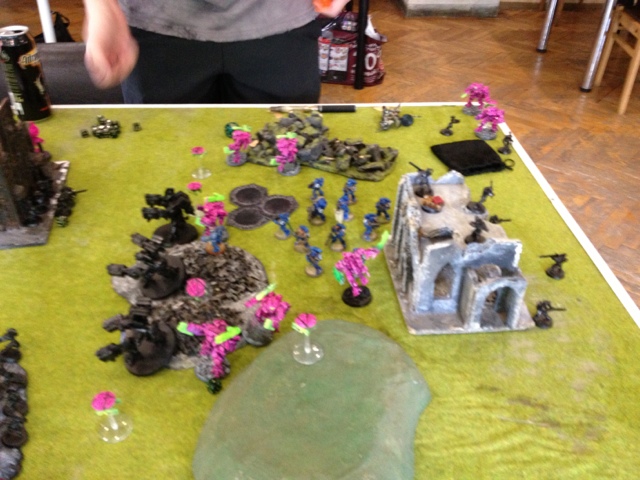 Basically I realised that he would easily outshoot me so deployed as much as possible in reserve so that I could let his army advance and actually have something left towards the end of the game. The rest of the plan was to hunker down and focus on first killing his pathfinders and then his troops. I had a dilemma with my thundefire cannon as I needed to hide it so as to to give away first blood, but also did not want to it it into a position from which it would be unable to contribute to the battle. 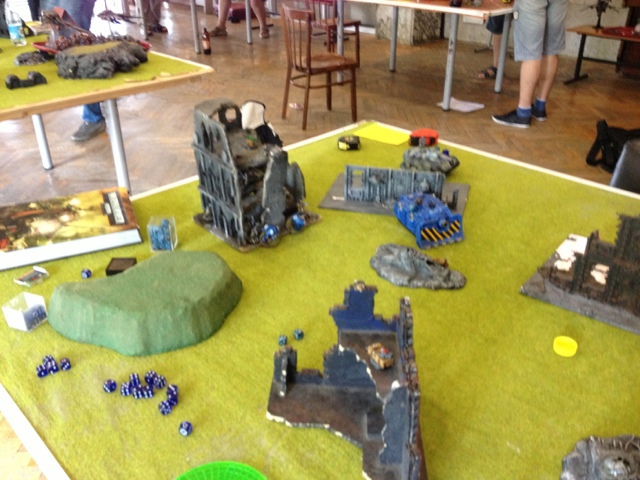 To summarise what happened this game was that the thundefire got killed for first blood and shadowsun and friends damaged my two tanks on the left flank. Blob took heavy casualties. I tried to kill the pathfinders but due to going to ground in area terrain + night turn 1 was not able to kill 2 or 3 and then gave up. When stuff started showing up from reserve it would get intercepted by the riptide and often killed. Marbo showed up at the worst time possible as the farsight bomb was at that moment locked in combat and so he failed miserably. I did almost kill the riptide and killed all his troops save 1 single scout, but this was big guns so his broadsides could score and in the end I was left with one veteran squad on the right flank who then got charged and through some lucky rolling killed by the riptide on turn 5. 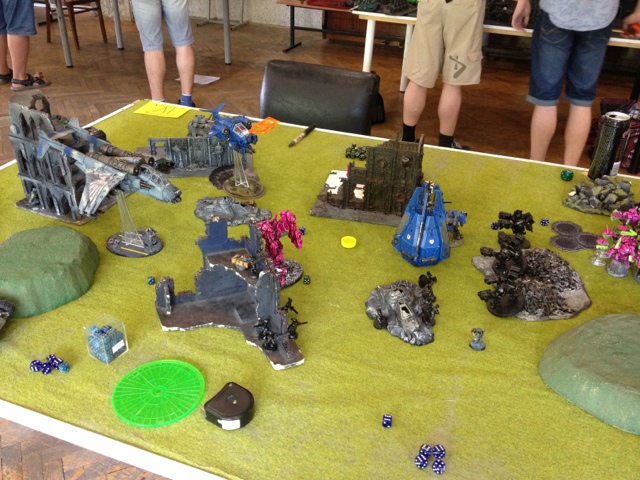 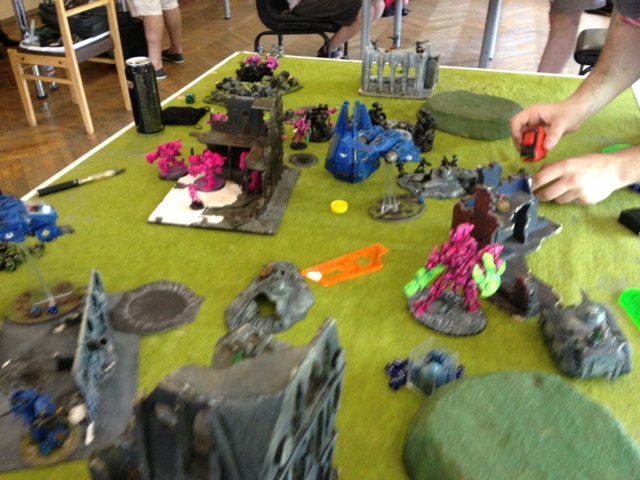 On a side note I played in tournament this past weekend aswell, report will be up after I finish this one.
Posted by DimmyK