Played a game against Paul's Daemons with an experimental list for my ultras. While I'm not going to buy any new sternguard I'm just trying out what it would be like if my ones all had combi-meltas. The lists:

Paul ran the same list as at the last tournament (this past weekend - report is about 50% finished atm): 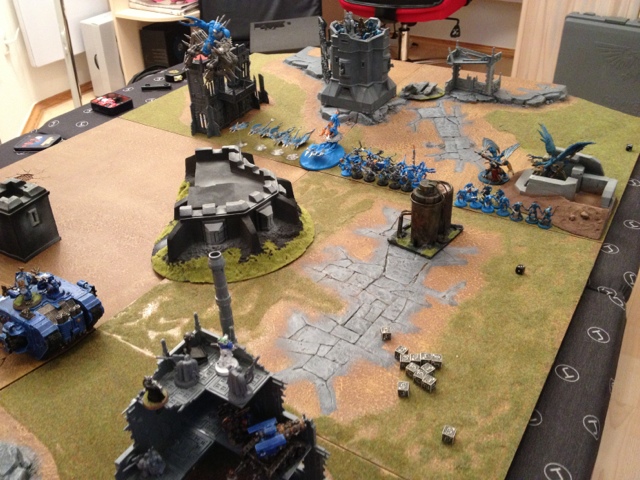 Daemons get turn 1 and its night. Everything flies forwards and takes potshots at the land raider. Thundefire takes a wound and all the scouts except the one who was hiding out of Los get killed. (Horrors had perfect timing). 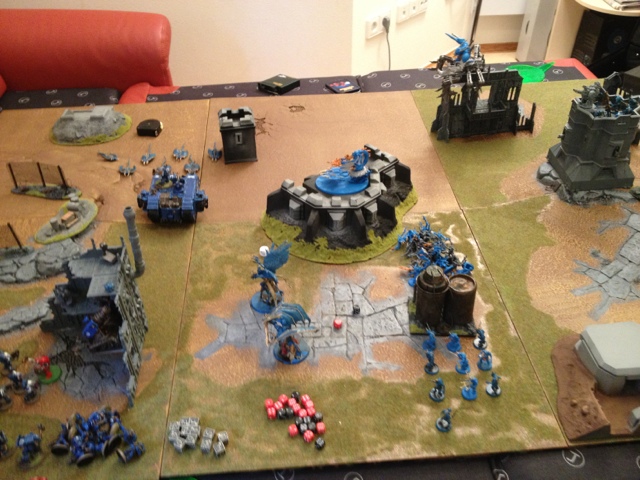 In return pod comes down and sternguard explode the would grinder. Librarian takes wound. Atermies kill the chariot and the lr flames some screamers. 4 plagues die to thunderfire. 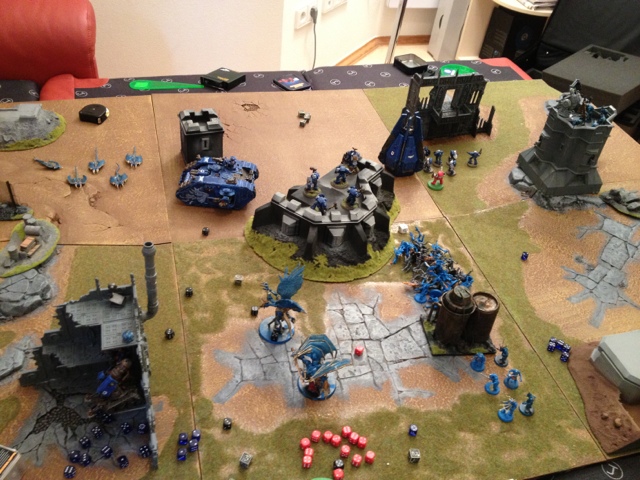 Both flamer squads come in. One flames the last scout and the thunderfire to death while the other scatters away from the sternguard. Screamers and fate charge lr but only stun it. 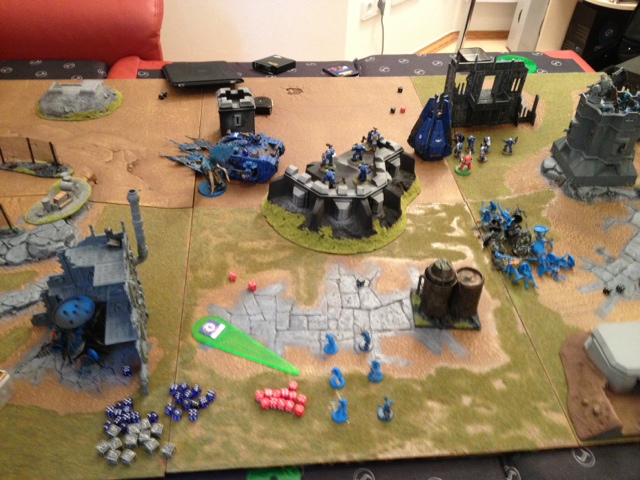 Both talons come in and kill the rest of the advancing plagues.charge termites into fatty, sternguard into horrors as I forget Lysander is strength 10. Libby kills himself with perils. 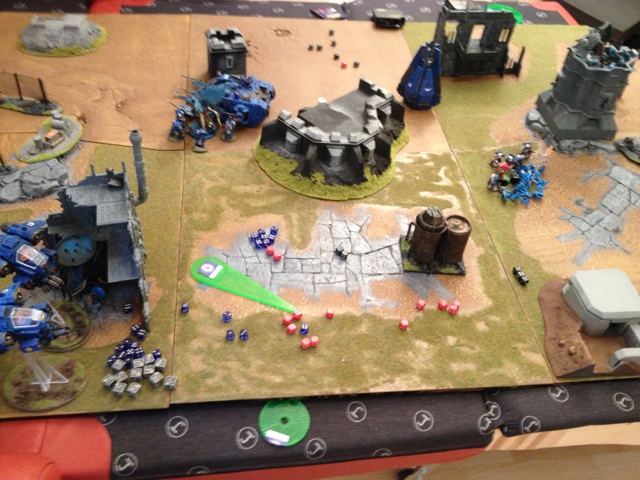 Game degenerates into a mass of gruelling combats... :/ eventually the raven comes on but the Icarus explodes it and all but 3 guys inside die. The dp then kills them. 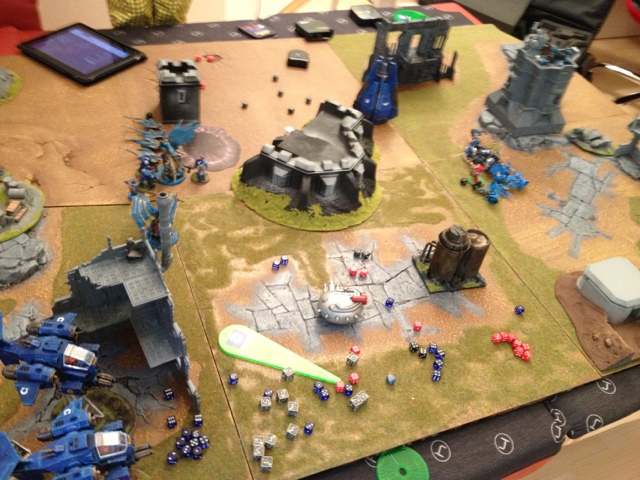 In the end dp jons comba to kill Lysander and fatty kills off the atermies with one wound remaining. 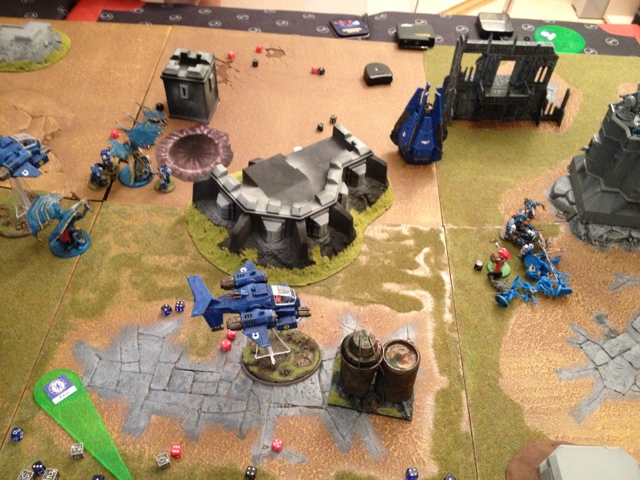 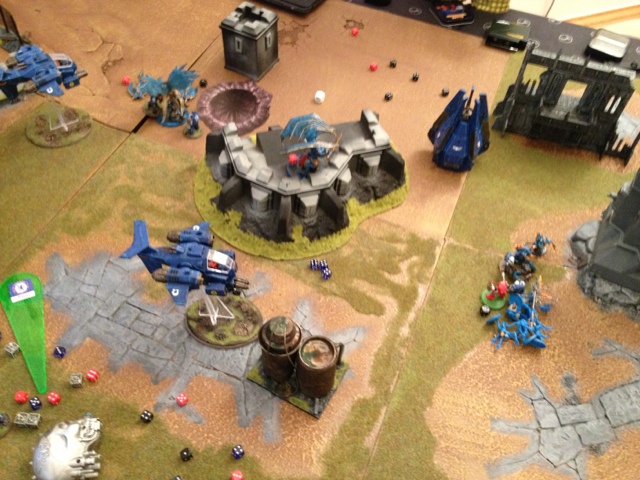 The storm talons are unable to kill all the plagues who get out of the bastion and manage to hold his home objective till the end of turn 6. 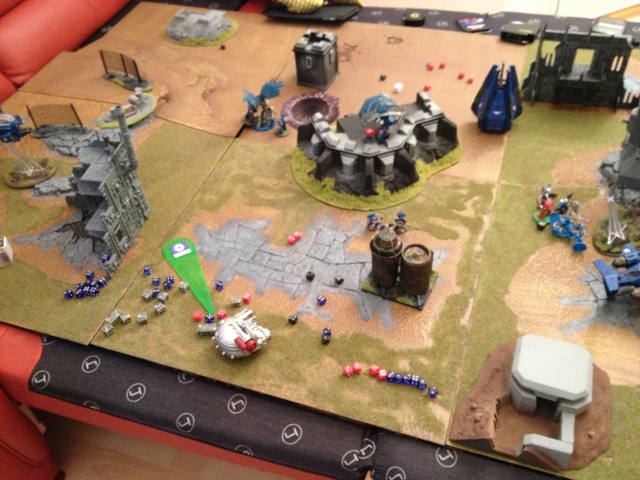 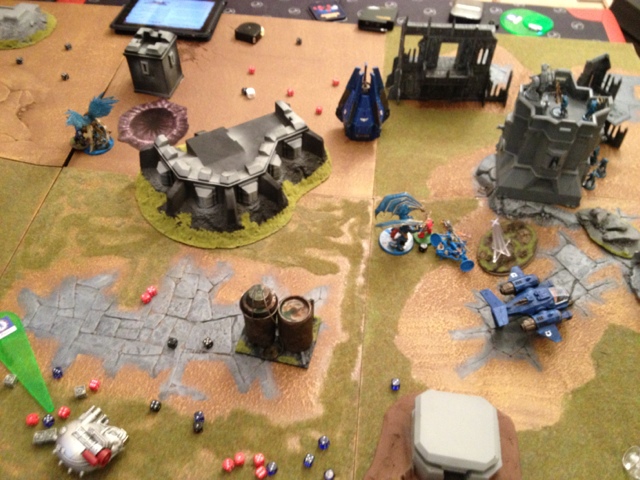 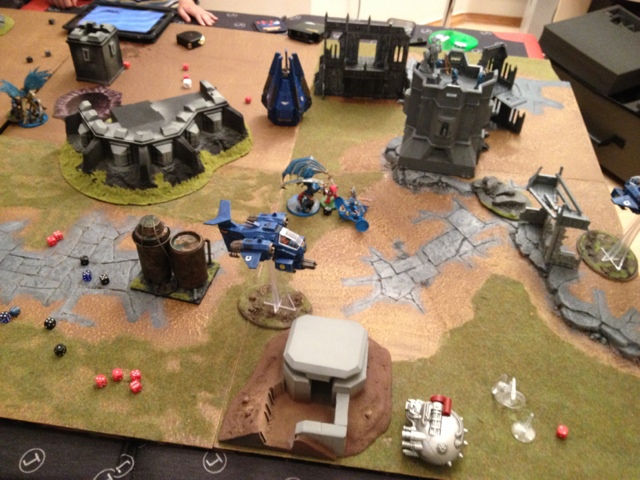 4-1 victory for the daemons! Going to make some changes to my army list and hoping that my losing streak will end soon lol. Going to go back (or is it forward?) to drop pods. Reincluding sternguard and probably Pedro kantor as well. Didn't get a chance to really try out the raven but I think I've seen enough :) 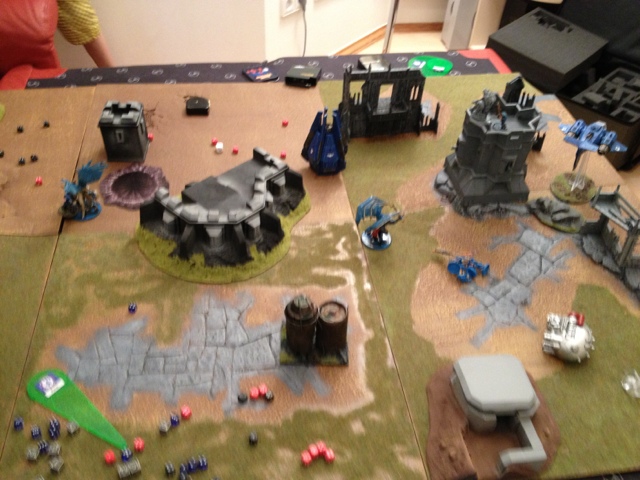