Taking the tanks for a Stroll...

I can't remember how many points this was, but it was Imperial Guard vs Salamanders. Dawn of war and seize ground. 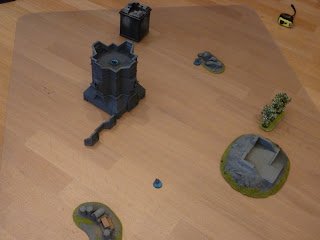 3 Objectives, he went first or maybe I made him go first I can't remember. I purposefully placed mine in the open as Ilya is always wary of leaving cover (even with marines). 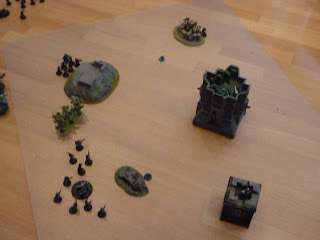 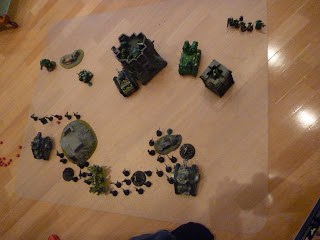 He moved his whole army onto the board on turn one, and I moved most of my army on too, but left some stuff in reserve. In my turn I destroyed his tac squad and did some minor damage to his dreadnought and scouts. 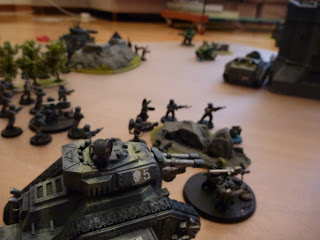 I tried out the Exterminator this time, but I didn't like it that much, autocannons really aren't for me. In my opinion they have too few shots to take out infantry and are too weak to take out tanks above a light transport. 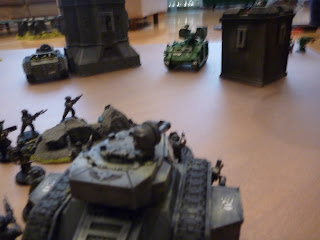 Still I managed to do something. 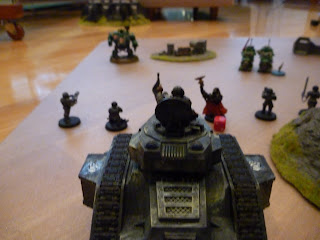 As always my Executioner shone - lucky it's the only russ that isn't magnetised. 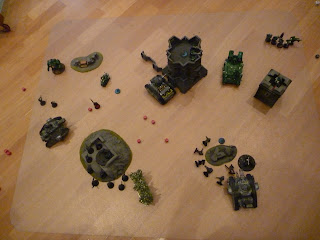 The position on the field around turn 3. 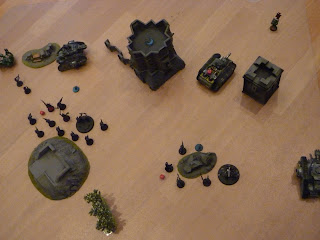 At the end of it he only had one devastator left, which I targetted with my whole army as you can see - yes even those blast markers. 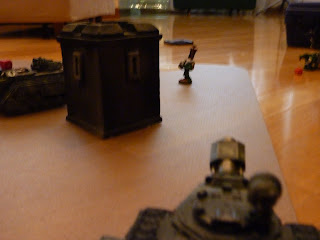 Game ended 2-0 to me with his army completely destroyed.

In another match later on I also proxied a manticore. It is pretty good, but AP4 leaves you wanting sometimes (against marines), and the armour 12, 10, 10 means that a few volleys of firepower and your tank is destroyed or is unable to shoot pretty much every turn of the game. I think I should try it out again, this time bringing it on from reserve, the other problem with it of course being that it can only shoot four times - so you may end up not getting as much as you can out of it or running out of ammo.

Till next time. Oh and by the way I am nearing my 100th post and am thinking about making it something special. ;)
Posted by DimmyK