As I mentioned before, there has been a LOT of painting progress... Whole army has been painted grey, touched up and highlighted. Everyone has the standard camo which was either added or re-done on some rushed models. Now all there is to do is add faces to some people, paint and wash metal on those who haven't had that done yet, and decide and finish painting details on the second veteran squad. On another note I need to finish the camo on the vendetta and base almost everything... The zoom button is at your disposal 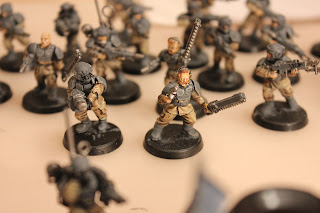 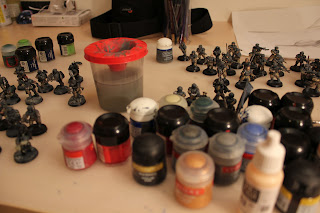 As a reward for doing all of the above I also did some work on my primaris psyker. He's almost done just the skin on his hands, basing and one or two touch-ups. 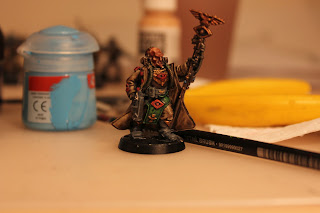 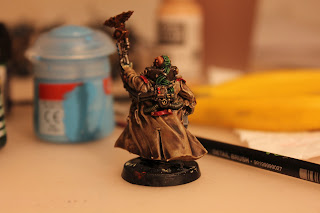 Particularly proud of the little lights. 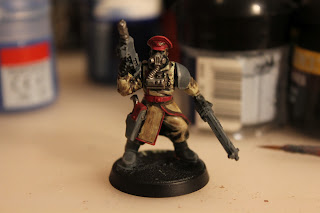 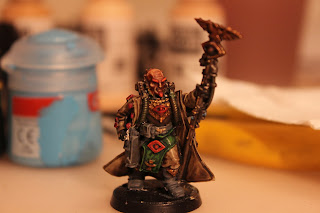 And in the end I decided to go back and make my psyker a ginger instead of giving him glowing eyes, I think he looks mysterious enough as it is. Expect to see at least 3 battle reports in the near future (5 if Paul gets off his lazy butt and writes something, and double that if we go to a tournament).

I've played 4 games of 6th now and to be honest I really like the new ruleset, although wound allocation can take some time, but everything else really is great. So far I'm at 2 draws, a win and a loss although I am yet to use my Space Marines.
Posted by DimmyK