Ilya had 3 quite large dire avenger squads, a farseer, a few warlocks, a warwalker, a falcon and some striking scorpions

Mission was crusade, deployment was the standard pitched-battle style one. We did everything in the order of the rulebook and one thing I noticed was that the terrain was a lot denser than how we usually play it. It also took a fair amount of time to set up. I tried to create areas of los blocking stuff down the middle for hiding and some open firelanes. Ilya was to deploy first and I didn't manage to seize the initiative. 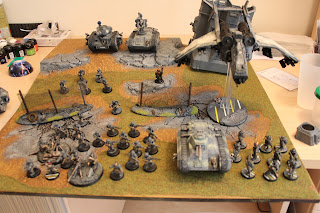 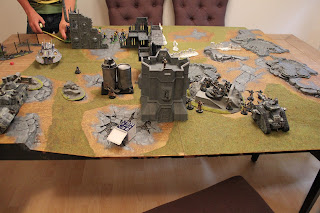 Can't remember what my warlord trait was but it was worthless in any case, Ilya's was to kill my warlord with his (although since then I've read it more carefully and it should have been to kill him in a challenge)

Considering this was the first battle of 6th ed, all tactics went straight out of my head and I spread my army, allowing Ilya to sort of refuse flank me. Also the blob and the Leman Russ ended up having a very limited field of fire. 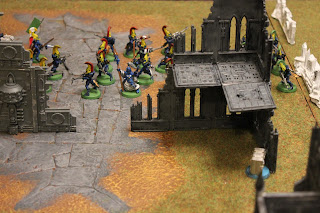 He moves up a little and begins to cast spells and dish out a bit of firepower... It turns out that the primaris psyker I was hiding behind what seemed to be a LOS blocking piece of terrain could be seen through a crack and he suffered a wound. 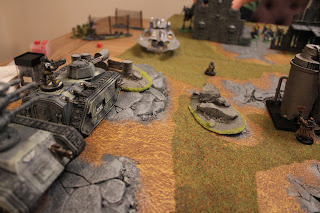 This was followed by minor losses on the blob. 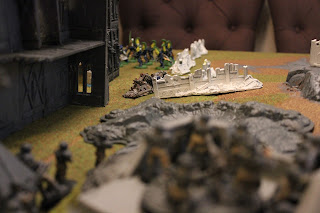 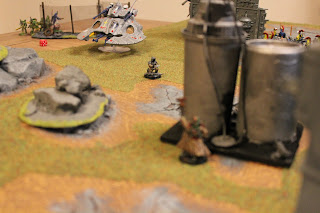 My turn and I return some fire doing minor damage, mainly to the falcon. 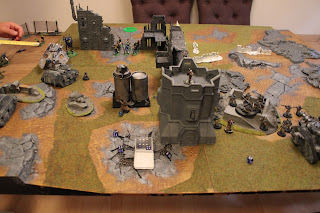 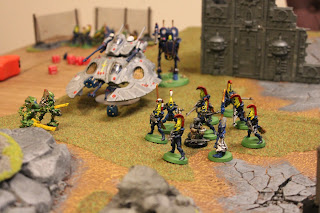 Eldar turn 2 and the advance continues. Some striking scorpions arrive and the eldar inside the falcon get out 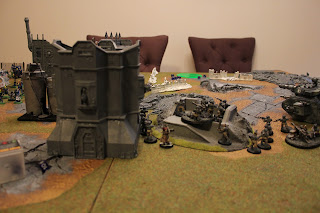 A little more damage is done to the blob... 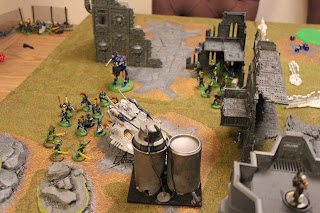 The eldar suffer some more losses in return 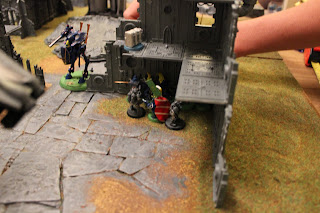 The eldar try to retaliate in turn 3 but don't do much... 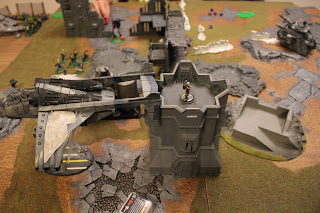 The blob runs into the bastion and hides hoping to claim the objective next turn, and also I took out the falcon either this turn or the one before 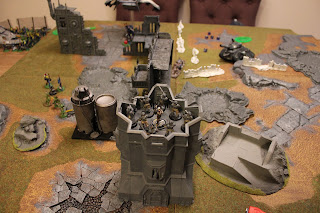 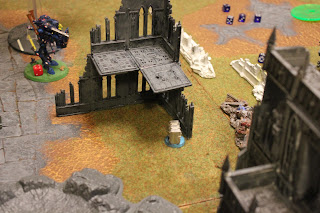 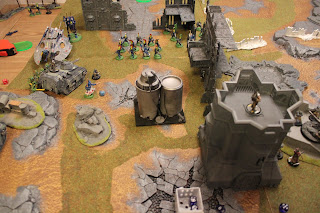 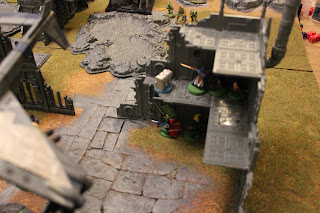 In any case game ends 9-5 to the eldar

- I found that at least against non-flyer armies I still don't like the hydra
- That the primaris psyker, even with rulebook powers is still nothing too special... so I next match I tried out a ccs instead (stay tuned)
- I need to work on positioning the blob
- Should not be making simple mistakes during deployment
- This points level is not nice to my guard, as I have to take away a lot from my usual army list - should probably try building a specific one from the ground up
- First blood is VERY important need to work towards getting it rather than doing max damage to the enemy