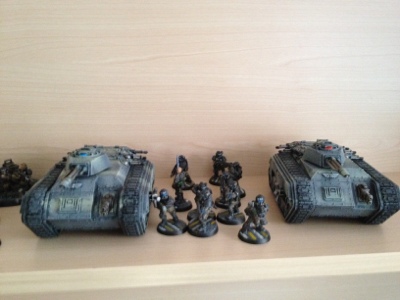 I know it's been rather quiet around here but I have been busy. Was going to go to a "goodbye-to-5th"  doubles tournament with Paul but it got cancelled last minute... However because of this incentive I finished one of the veteran squads, built one and finished building another chimera and painted both.

Also I got bases for the space hulk termies and built some terrain. The terrain was just some old stuff that I got from my independent stockist a long long time ago but I spiced it up a little. Oh and Paul tried to strip some models, he might let you know how that went later - not well I gather. 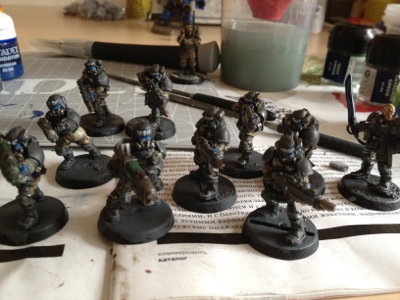 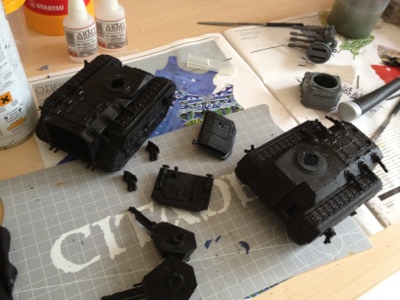 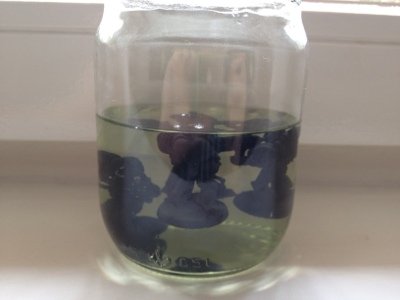 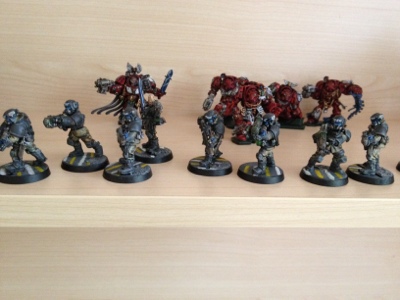 My plan in general for my veterans in my guard army was to use blue for the plasma squad and red for the melta squad hence the difference in the two chimeras (blue one's lights were painted mordian blue, ultramarines blue, ice blue an white while red were based merchrite, then layered red gore, blood red, blazing orange and white). Another thing to note are the energy coils on the plasma vets (painted very differently from my test model and much simpler - (new paints) caliban green, (old) goblin green, (new) moot green, (old) thrakka green. 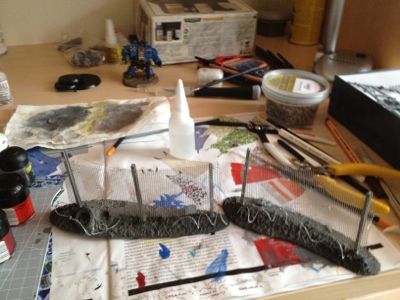 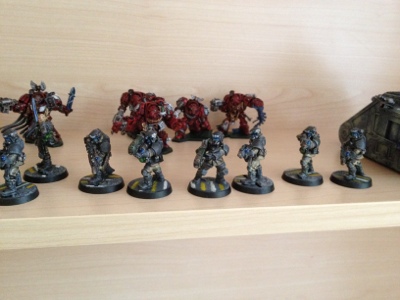 And I tidied up the sword a bit - will probably paint it eventually same way as I did with Paul's sanguinary guard. 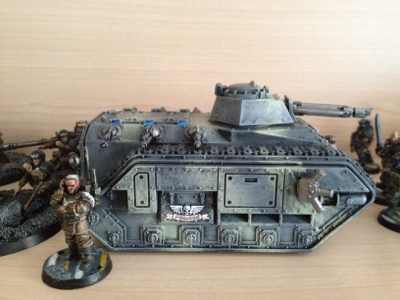 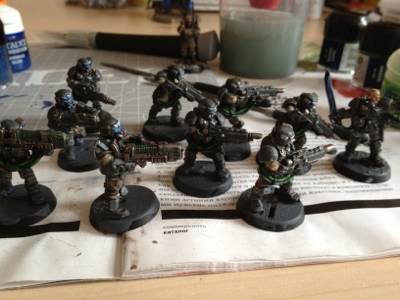 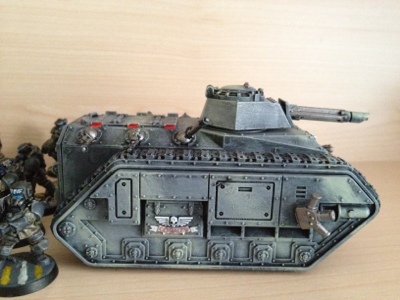 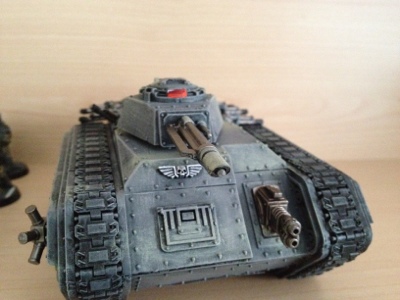 Oh and I almost forgot to mention that I've been working on my realm of battle board and it's starting to look quite nice. I painted 4 sections then ran out of black spray but for the one's that are painted they're all done apart from the skulls which I was hoping to do with the new colours but my stockist seems to have very few of the new line. Another very unfortunate thing was that they didn't have any 6th ed rulebooks which will arrive in one month at a very high price compared to england, but I couldn't get one before I left on holiday because the release date was the day I was leaving... :'(
Posted by DimmyK