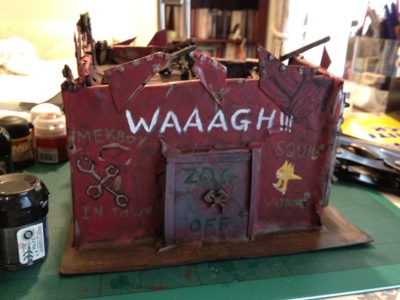 I know I promised a lot more action on this blog but have really been bogged down doing other things. One of these is thinking how much my army will need to change now that 6th ed is really happening. 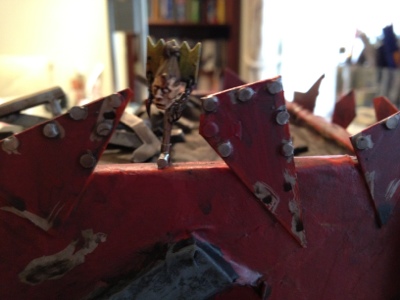 Anyway, I made this building in a very similar way as I made my very fist one. Unfortunately it was not until after I finished it that I found a very good technique which saves a lot of hassle and is much more professional, but I can't find my bookmark atm so can't show it. Basically it involves slicing through the thickness of the foamboard at the ends in which you want to join two pieces, and then you don't need to cover up the actual foam as it will be protected by the interlocking card (will show this if/when I do another building). 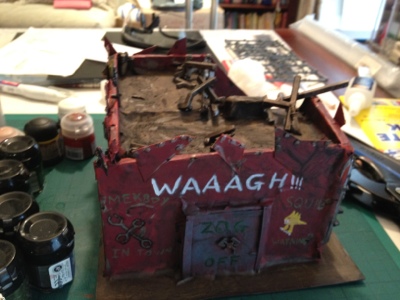 It's not my best piece of work but tbh I did do some experimenting over the techniques I was already confident wih some of which didn't come off - notably the built in glyphs. You can probably see a wip in the latest apoc batrep. 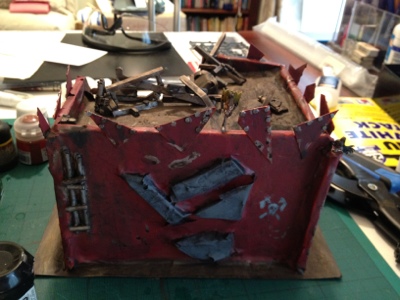 Hopefully I'll be able to finish a whole settlement eventually and what I want to make next is a squig pen. Anyway it's the holiday from today onwards so with a little luck I'll get some barrels in and I'll start finishing painting a 2000 point army. At least with allies I'll be able to mix and match painting while still working towards the goal of completing a full force. I'm thinking of taking my ig but with added ultrasmurf support in the form of land raider filled with termies and a tactical squad with triple melta and a librarian. 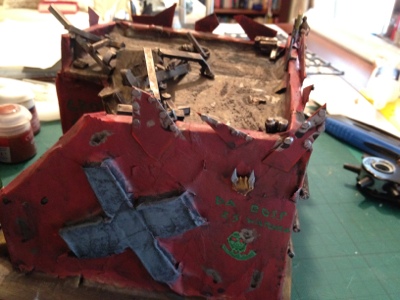 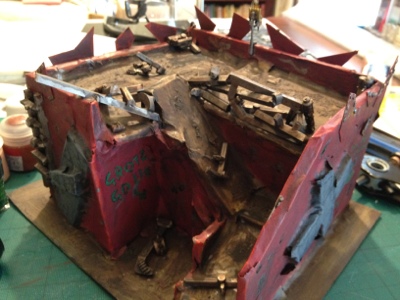