I've finished off the emplacement so it's definitely off to spraying now. I added a few more bits of debris here and there, added rivets to the flagpole/banner, some more orky embellishments, tidied up the top and tried to sculpt a sort of barrel which didn't quite turn out so good. 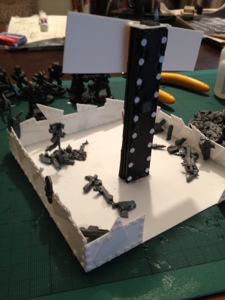 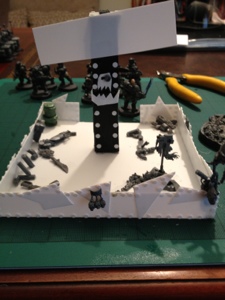 I was debating as to whether to start over or leave it without it, but in the end kept it because without it one of the corners looks very empty and I can always try to tidy it up at a later stage or replace it. 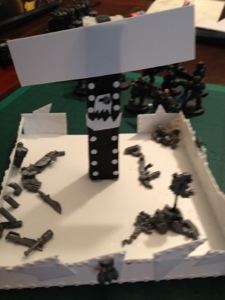 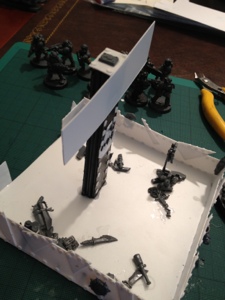 During my eBay shopping I also picked up these 3 bikes which were despite all my worrying relatively well assembled with just one of the arms on one the bikes having a very prominent gap at its connection with the torso. I quickly realised that all three have a slight gap and a little green stuff later and it's all sorted so you can barely even see it. 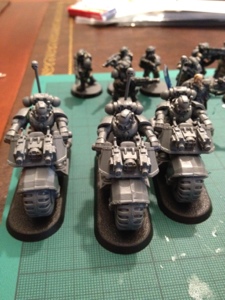