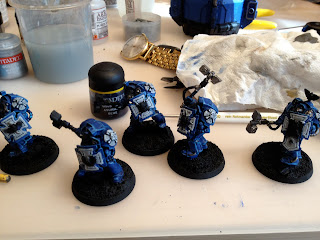 Another bit of post spreading and today I have the terminators in progress for you. I may later be doing a tutorial on how I did them once they're all finished up. The blue armour was a bit of an experiment for me because I don't usual go this far, doing a second set of even more selective highlights but I think it paid off. Also included are some of the stages in getting to the point where I am now. 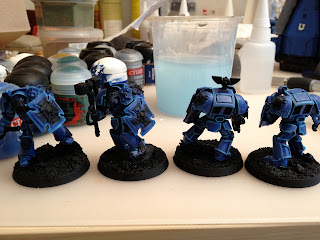 I really like how the crux terminatus' (terminati?) came out but I think I need to work on the shields a bit if I want to get them to look on the box. The thing is the grey look sort of silvery white but I'm assuming it's non-metallic metal. I will probably take the easy way out lol. 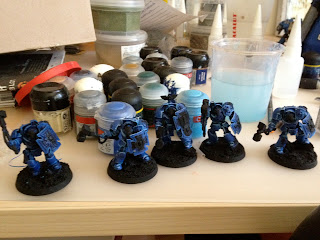 I've started doing the silver on some of these guys and hopefully my stockist will have some ceramite white by the time I get back because I am NOT going to paint about 7 layers to get each face to look good. The grey already took like 5 haha. 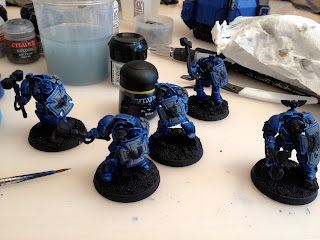 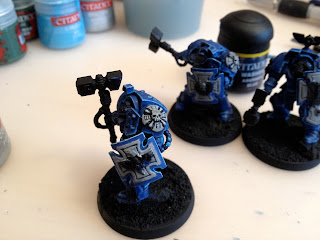 One problem is because in 6th you can have allies I'm not sure if I want to use these guys in my guard or my marine army - they have different basing styles so it's a problem. Although not a lot of my Space marine force is based so I might considered changing them to urban/city-fight style bases before it's too late.
Posted by DimmyK