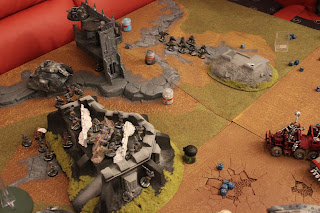 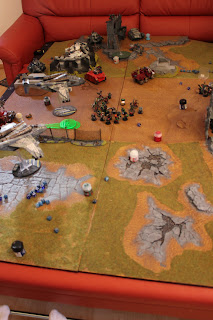 One dakkajet (actually maybe 2) comes in and proves to be rather annoying. More shoointg goes into my blob... 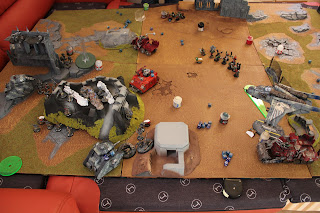 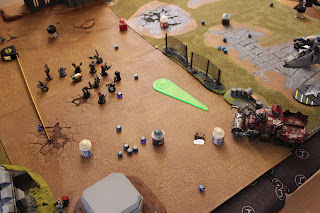 I don't know why but I don't have pics of my turn but I basically kill a few more orks and try to keep my warlord and troops alive. I think I kill a dakkajet at this point. 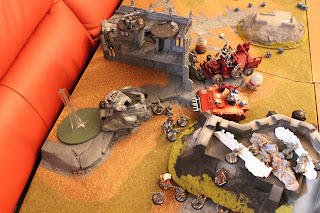 Turn 4 and the dakkajet kills the eradicator. Orks still haven't got out of the last battlewagon and the ork squad that was running is now off the board.

Vendetta streaks off the board in my turn (hoping for a skimmer mode objective grab). Orks in the centre reduced to three men. Command squads escape round the sides. 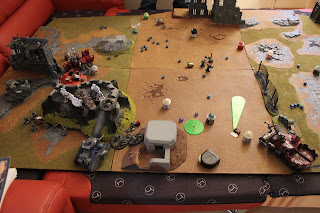 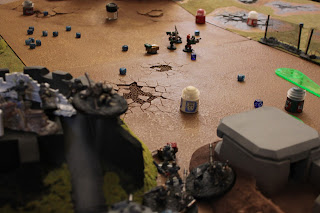 Turn 5 and Orks finally come out of their battlewagon. They shoot but at my ccs of which my company commander manages to live. Many buildings are are dethrollered as well causing guys inside to die.

A single flamer left from my pcs halves the approaching ork horde, helped by some missile launchers with frag shots. Vendetta comes on to objective. Orks in the centre are all dead. 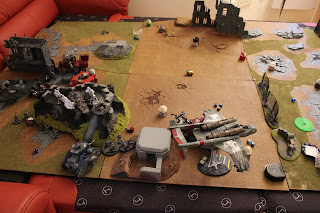 Turn 6 happens and the orks charge the blob. I think I'm left with a commissar (who won his challenge) and maybe one guardsman who is then executed. 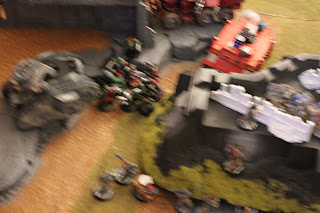 In my turn the combat ends - unfortunately for the commissar and the orks consolidate towards the objective. 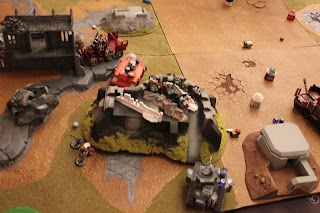 Turn 7, my CCS is finished off, and orks claim the objective. in my deployment zone.

My turn and the missile launcher gets to the objective worth 4 points. Game ends. 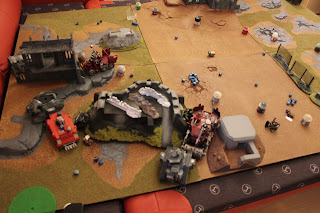 I have the objective worth 4 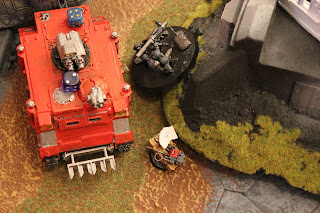 He has one worth 2 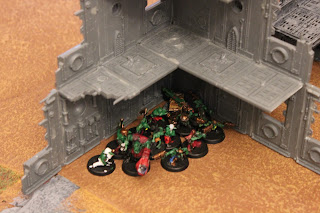 So in total the greenskins have Slay the warlord, 5 objective points and linebreaker and first blood, for a total of 8

I have the 4 point objective and slay the warlord giving me 5.

So another win for Ilya and the Orks!

One thing I've realised is that although I've really enjoyed ALL my 6th ed games, I've only won one match out of 8 with my imperial guard... so I guess it's time for a slight rethink, because although my army is fun, it's really not a 6th ed army.
Posted by DimmyK