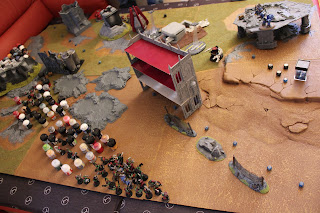 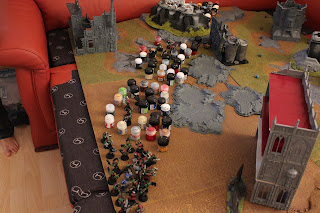 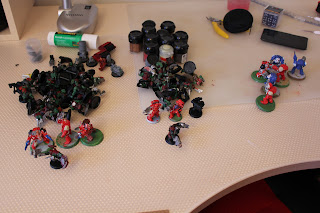 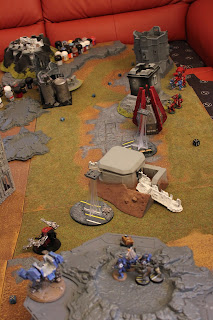 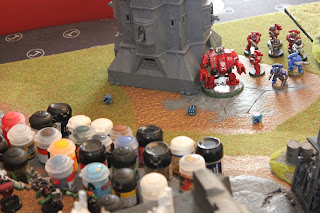 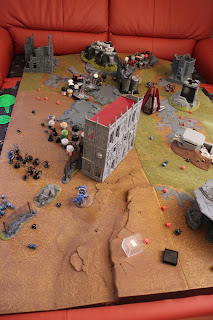 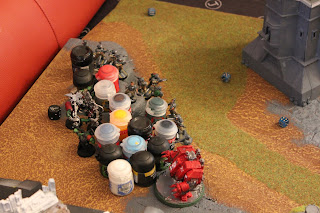 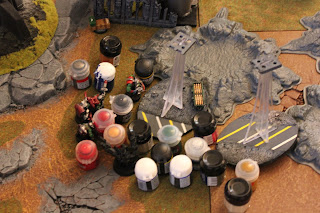 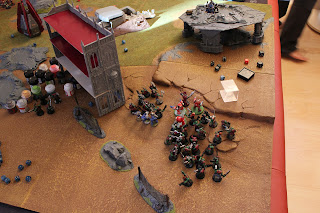 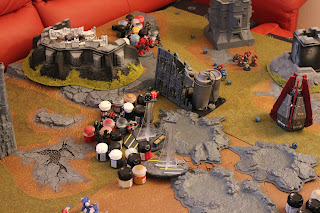 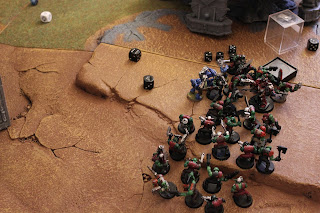 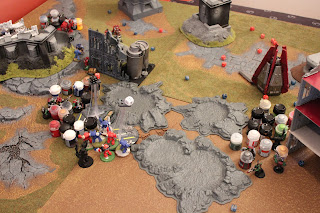 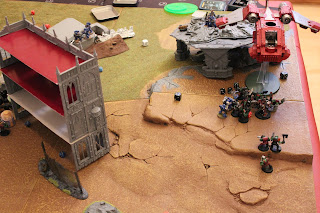 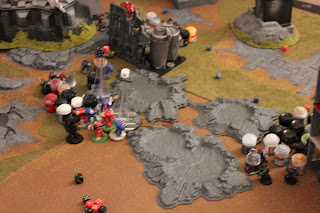 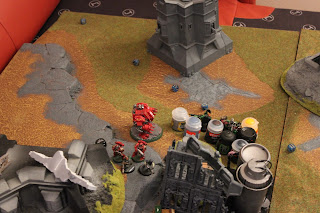 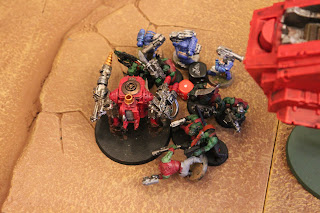 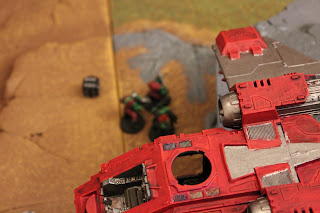 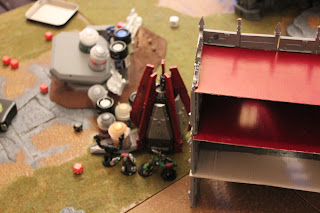 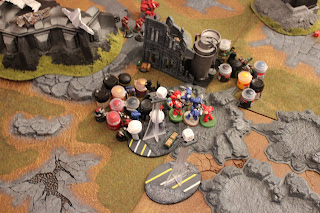 Game ends 5-1 to the Orks and it's another solid win for Ilya :) I think Paul's planning to change his Chaos ideas (he's planning to start collecting them) hopefully he'll post up the army list in the near future. As for Ilya I hope he doesn't use as many orks as this game took them 5/6 hours to complete - i.e. far too long...

On a painting Paul's stormraven has seen some progress as well as Mephiston and the dreadnought, although unfortunately he doesn't like his Sanguinary guard anymore so my NMM labour of love won't  be seeing the table as often.