Game 2 - relic, dawn of war deployment. I get the pleasure of versing a seer council of doom for the first time:

5 warriors, blaster, venom with extra cannon, maybe some grisly trophies or something.

My opponent somehow didn't get fortune so I guess I wasn't even versing this army at it's full potential. The special rule for this table was night-fight happens automatically on both turn 1 and turn 5, which was great considering I rolled night attacker for my warlord trait...

I win the roll of to choose sides and give my opponent the side with minimal los-blocking terrain so he hasn't got anywhere to hide the council should I get turn 1. I place the skyshield accordingly to negate the one los-blocker that my opponent could potentially use.

I then lose the roll of for first turn, courtesy of the baron... 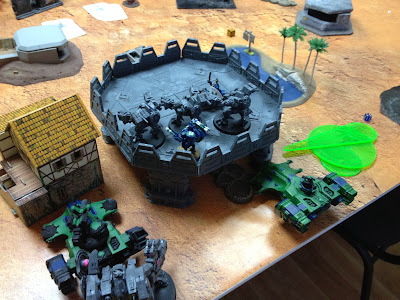 Since he can't hide, my opponent decides to maximise cover use, bunching up the council nicely for a turn 1 orbital bombardment... Nothing starts in reserve. I try to hide, keeping most of my army on or near the skyshield, commander and chapter master join the broasides. I position one of my skyrays very badly however. My bikes go behind a los-blocker on the far-right nearer to the wraithknight, one squad of kroot outflanks, the other is in reserve. 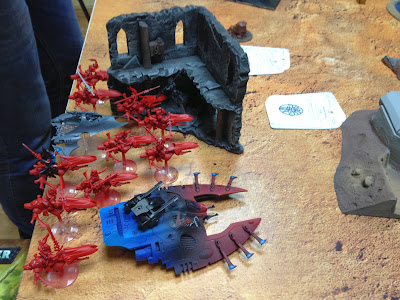 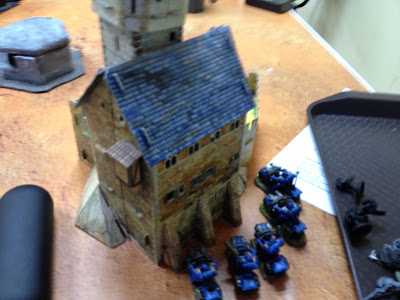 I fail to seize. The seer council moves up and casts lots of psychic shit on me. One squad of pathfinders and a skyray dies. The council is also mostly hiding under the skyshield so it is hard for me to bombard it. I do manage to strip the baron's invuln from him with SMS, and kill one or two jetbikes. Riptide also pulls off a charge under the pad. Bikes, strip 3 wounds off the wraithknight. 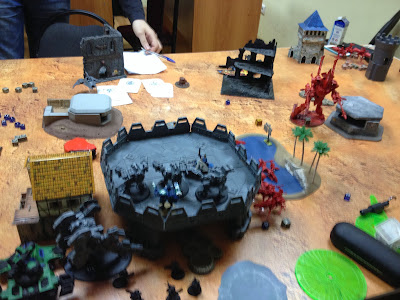 The hit-and-running combats begin. I manage to hold ontop of the landing pad due to ATSKNF from the chapter master. I end up killing 1-3 warlocks a turn through the chapter master being a tank. Wraithnight eats the bikers over a couple of turns. 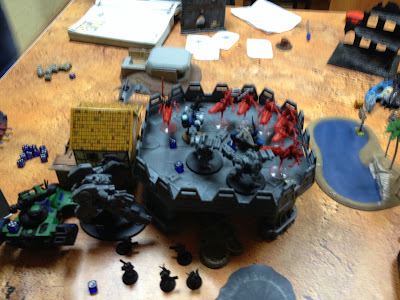 Riptide tries to charge a wave-serpent but epically fails and gets shot down by the whole army. Kroot come in and I start to realise that I need to quickly kill off his troops. One squad of dire avengers is kill by kroot outflanking, the other is killed by SMS and a couple of missiles from the remaining skyray. All my opponent has left is 5 warriors in the venom, however I keep failing to destroy it. 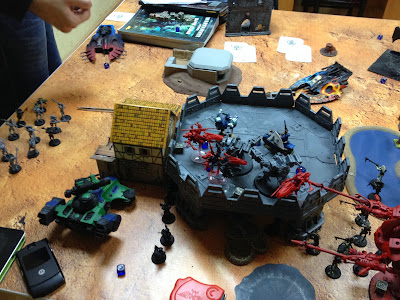 Eventually wraithknight is frustrated by a lack of progress from the seer council who are being methodically cut down and so joins combat. The chapter master then quickly punches him three times with his fist, and the wraithknight goes down and stays down. 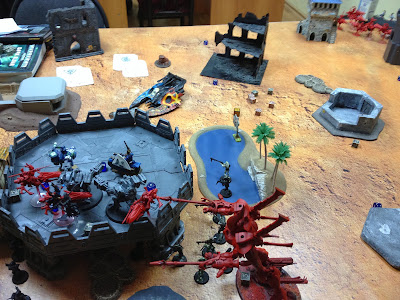 At one moment, I manage to free myself from combat having finally defeated the whole seer council. Unfortunately throughout this tournament I do not remember to roll it will not die a single time and the two wave serpents and venom through a massive fluke kill the last broadside, tau commander and chapter master on one wound. 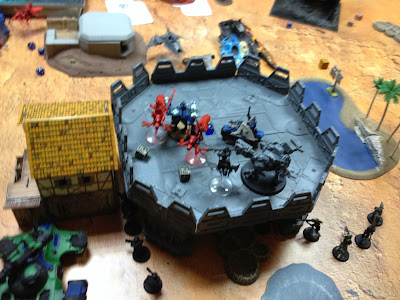 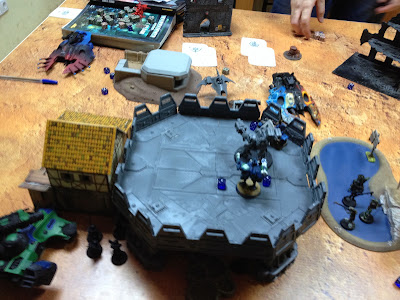 Warriors finally get out and onto the relic but I shoot down 4 of them and the last one runs away. 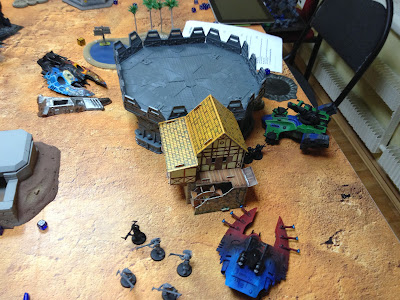 It ends up being decided on first blood. Draw on primary, 2-1 win on secondary for my opponent. Ends up being an 11-9 loss as there is basically no VP difference. Great game, great opponent.

Have to say this is without a doubt one of the most nerve-wracking and scariest matches that I have ever played. The seer council is just soooo frigging fast! I definitely missed my vectored retro-thrusters on my commander this game. Also skyrays proved to not be that useful when there are no flyers around.
Posted by DimmyK