Just a quick intro to start off with. This was an 1500 pt tournament with all of the new dataslates, etc allowed. IA on the otherhand was not. Proxies and unpainted models were also not placed under any restrictions which meant it was the perfect place to test the list I came up with following the 1850 doubles tournament. In effect I took that but obviously trimmed down. Also there was a funky rule where something special happened on each table.

The table we got was wintery and so no weapons would overheat... Decent for my opponent kinda meh for me with my one twin-linked riptide... Mission was Big Guns Never Tire 2 objectives and Hammer and Anvil deployment - heavy support doesn't give up any points... I manage to win the roll off for first turn I think actually my opponent went first and to pick sides. I try to give my opponent the side with relatively little terrain to hide behind. Chapter Master, Commander and Riptide join up to deliver a turn 1 alpha strike that will definitely get first blood, broadsides sit nearby so the commander can flit between them. The rest of the army is as far away from the heldrakes as possible or behind/in between the legs of the skyshield which were ruled as giving 3+ cover, as opposed to the top of the landing pad which only gave a 4+ invuln... 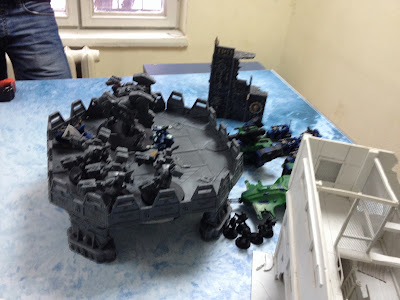 My opponent hides behind the bastion, next to a comms-relay, nicely bunching up all his cultists and adjoined sorceror. Havocs with lascannons went in the bastion, a squad of two oblits in the ruins. One pair of oblits deep strike everything else is in flyers in reserve, apart from the other cultists who are just in standard reserve. 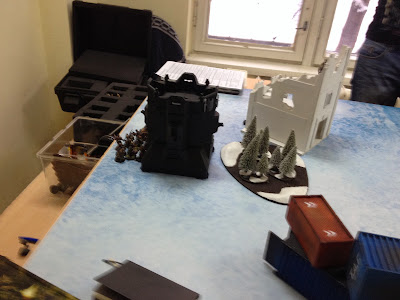 No seize occurs, and my opponents' turn 1 is pretty uneventful, with some lascannons killing one or two broadsides who don't run off. My turn and I drop pieplates on the bastion/cultists. I manage to kill off everyone including the sorceror but two cultists which nets me first blood, however even with my tank hunting I still don't do anything to the bastion. Miraculously the cultists hold and don't run away. Remaining broadside lets loose a salvo into the obliterators and causes a wound, riptide fails its nova charge reactor and takes a wound. 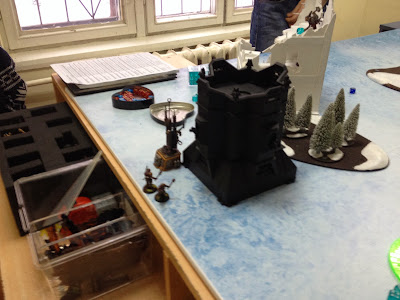 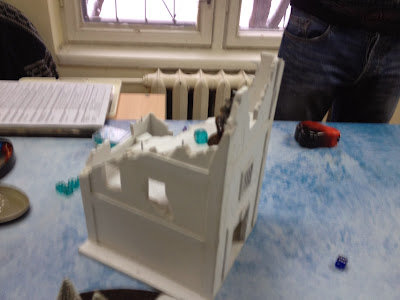 Turn 2 and all the reserves come in. I intercept a heldrake with the riptide and it explodes and dies. 5 warriors with lord get out of a scythe and start footslogging... Obliterators try to deepstrike behind a skyray but mishap and go back in reserve. Shooting kills a couple of pathfinders. 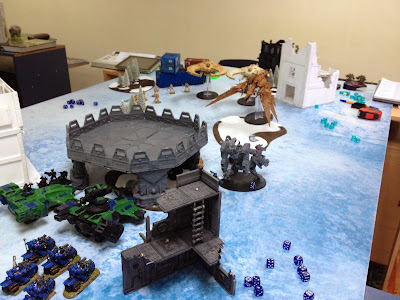 Chapter master moves out to charge the necrons but fails his charge. Everything else combines to markerlight and down the second heldrake. Neither of the two squads of kroot come in. 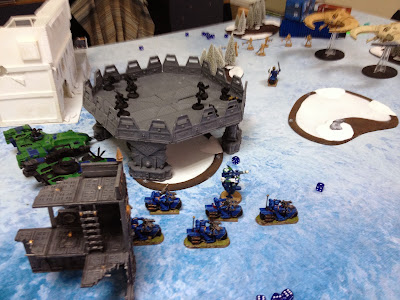 Riptide manages to jump up right into my opponent's face, only to get plasma-gunned to death by a complete fluke. 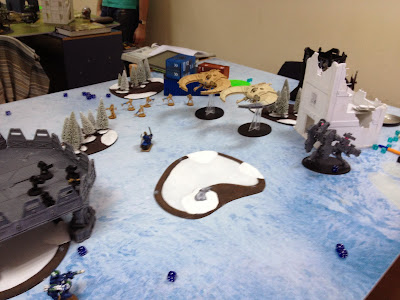 Oblits come in and explode my skyray which has most of it's missiles left. Warriors with cryptek come down to kill a couple of bikes. In return I demolish the obliterators with my remaining grav-gun. My kroot come in and coupled with some SMS kill most of the necrons who just dropped down from their flyer. My Chapter moves up to start terrorising cultists and pressuring oblits while hiding from the lascannons in the bastion. 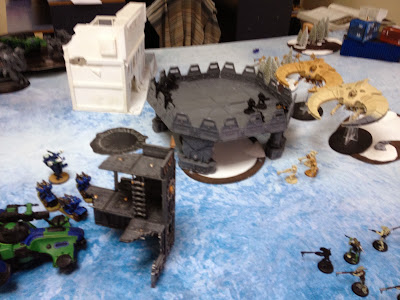 Pathfinders get into a scrap with some of the necron warriors and somehow manage to hold out and even win a couple of rounds of combat. My tau commander receives a couple of wounds from tesla and all the accompanying bikes get gunned down. 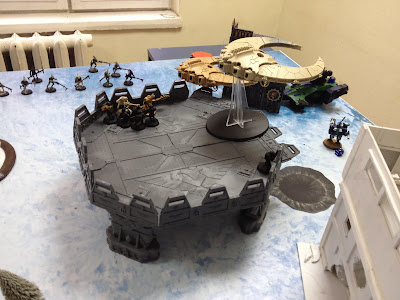 Meanwhile on the other side of the field, the necron Lord and his minion approach, only to be confronted by some kroot. 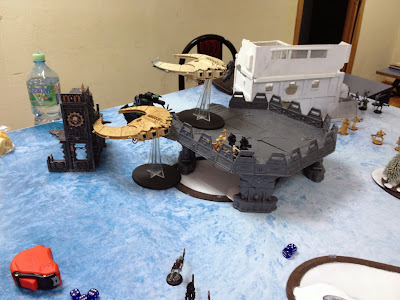 Game ends turn 5 at the end of which I manage to grab the objective with my skyray while killing enough necron warriors to stop them from contesting. 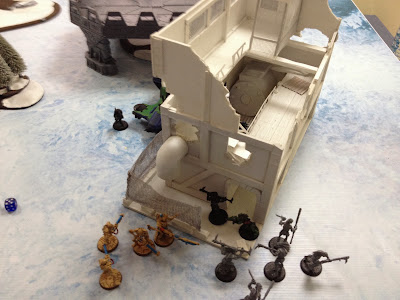 I also contest the other objective which explodes a couple of times at the end of the game. 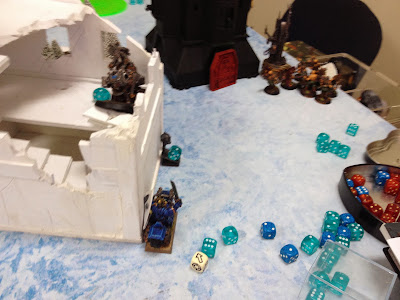 Win on 3-0, win on secondary 3-1, and a minimal difference in VPs gives us 16-4 in my favour, as the two necron flyers end up off the table.

Next round coming soon.
Posted by DimmyK