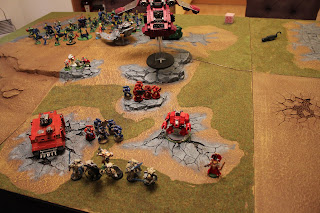 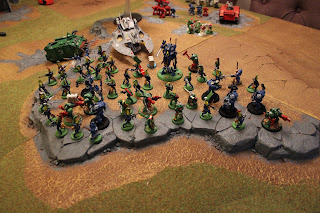 Ilya did his usual crazy thing when setting terrain, and I can't remember what my plan was for that. 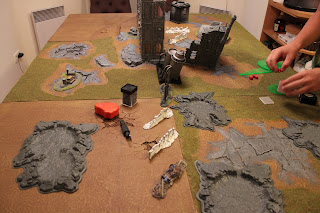 Ilya deployed first basically in a line, spreading out across the board. I don't understand what Ilya was doing in his deployment considering that his terminators were the furthest possible distance away from  where I had planned to place my army. 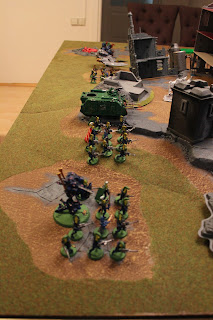 I went for a sneaky scout move into the building with my scouts, and the lascannon combat squad looking at a large section of the board. The razorback was positioned to zoom down the side and outflank his army. The rest of my army remained in reserve. 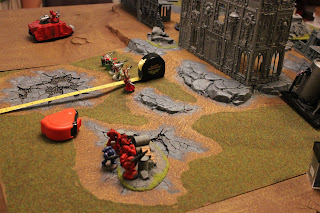 He didn't move with much apart from his terminators who slowly went for a 'Sunday Stroll', in the middle of a battlefield. His dire avengers fired a few volleys of shots into my scouts who ran away screaming their heads off. 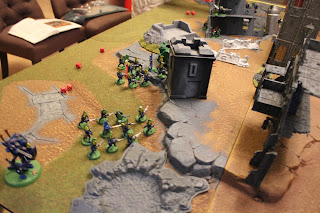 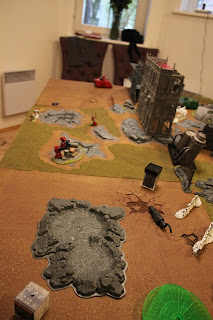 In my turn, the scouts finally shut up and turned around, Mephiston jumped into the middle of the battlefield and my razorback went up the side, destroying the War Walker. 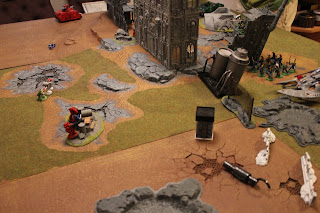 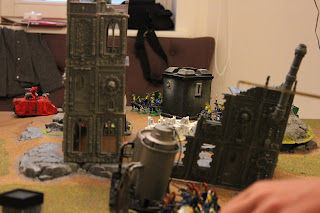 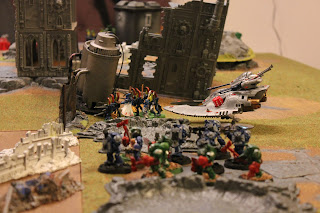 My lascannon did some damage to the falcon, stunning it. 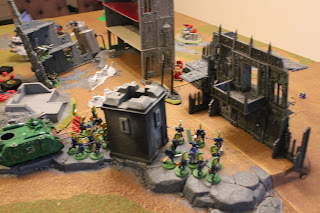 In his second turn, Ilya tried kill Mephiston, but failed to do anything, and the termies slowly walked to their death. 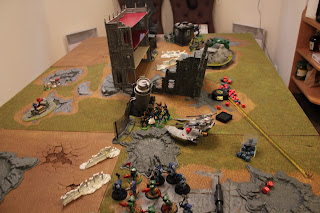 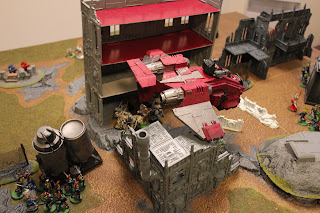 My stormraven came in my turn, dropping the Sanguard and Dante on top of the Relic while, Mephiston jumped further into Ilya's deployment zone. 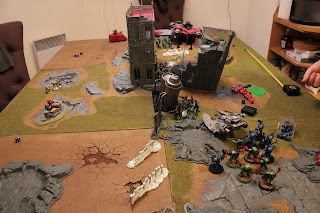 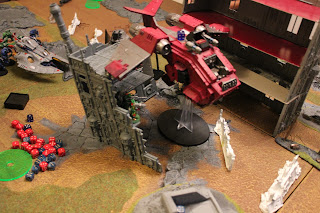 In his third turn, he tried killing the Sanguard unsuccessfully, while his terms casually walked down the field under fire. 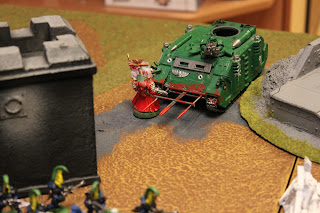 Ilya surrendered after his third turn because he was 'bored' (but actually wanted to play CoD). I won the match 5:0 as I got the Relic, Linebreaker and First Blood.

PS: I think my record against him in 40K is like 25:0 and I absolutely pwned Ilya at CoD.
Posted by DaWarboss Gobzmeat