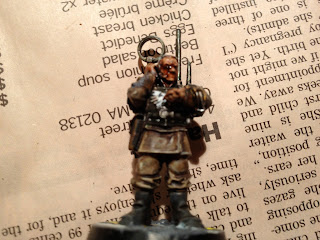 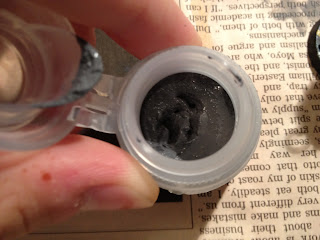 The book on how to paint miniatures isn't particularly useful to be honest, as most bloggers out there will find they know most of the techniques in there and struggle to find something new, although some small technical parts were nice and to just see how new stuff works such as the textures, glazes, dry compound, etc... Although there is a lot of nice stuff to look at from a purely eye-candy perspective and the whole-army projects are very in-depth by gw standards.


I found the texture paints a bit weird but I thoroughly recommend waiting for them to dry after applying and going in two thinner coats rather than one thick one. Also I don't think this was meant to be for watering down but when I didn't the bristles on my brush all got manked up so I'm not quite sure what to make of it. Below is my master of the ordinance with a bit of this stuff followed by a drybrush of codex grey and fortress grey (old paints). Overall I think painting a whole base will be very good with this new stuff and much faster but for patches maybe it might be better to go for sand like I did with the veterans. 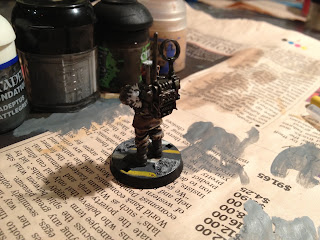 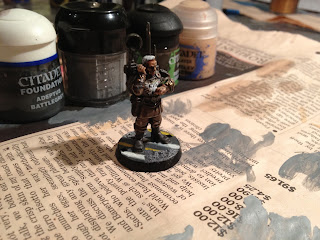 Even though I'm not hugely impressed by the new paints, it's still a step forward (hopefully in the right direction) and will definitely help beginners. That's all for now...
Posted by DimmyK