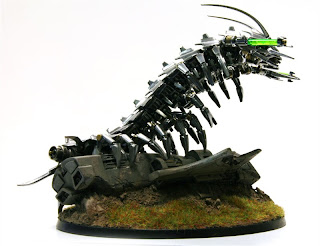 the tomb stalker is an awesome model, but that's as far as it goes. as a gamepiece, it's nothing special. if you're a collector, you'll be better with a monolith.
Posted by The Sharkalator