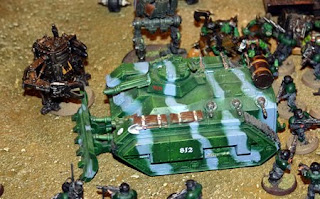 The other armies are in my opinion quite tough (i.e. Space Marines) or rare like Daemonhunters. So thanks for reading and please don't be shy to comment and express you're own experiences.
Posted by DimmyK