No prep today so managed to add this little piece of artillery to my ultramarine armoury which will now finally allow them to be somewhat competitive.

Finecast upon initial glance had no problems but on closer inspection there were a few air bubbles, nothin major, the worst being on the techmarine's shoulderpad which I'll either tidy up later or leave as battle damage. Also a few bits needed warming up in hot water and bending into shape, namely the two halves of the cannon which did not actually fit together at first. Also one of the detail bits of the cannon was quite badly warped and too fragile to bend back into shape so the solution was leaving it off.

At the moment I have a guard and a space marine list made for an upcoming 1500 pt tournament. Would really like to bring out the ultrasmurfs as apart front he practice match against daemons I haven't played them since the middle of 5th. However that means that I'll have like 2 days to paint the cannon and a rhino since I don't want to get 0 just for having something unpainted which is why guard might be the better, but more boring option.

My tau would be great: unpainted as they are / part painted but I need my tetras and unfortunately forge world is not allowed unless you're fully painted for this one...

Also since when do gw use white boxes for direct orders rather than the proper ones with the pretty pictures on the front??? 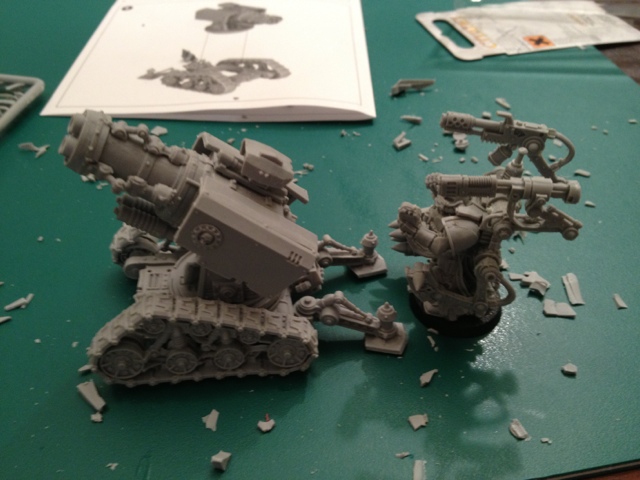